Acid Blocking Drugs for One and All? - David Perlmutter M.D.

Acid Blocking Drugs for One and All? 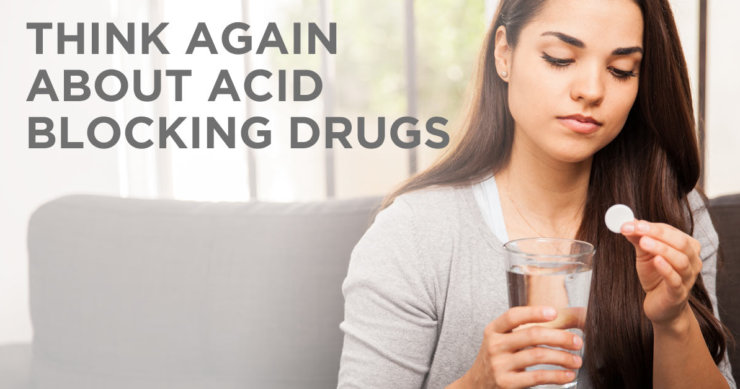 The term proton-pump inhibitor (PPI) may sound like a complex and compelling bit of science, but in reality, the term describes a type of drug that is among the most commonly used medications, both by prescription, and over-the-counter, in America today. Basically, these drugs act by reducing gastric acid production, and they are very capable in accomplishing this task.

PPIs are generally prescribed for people who have gastroesophageal reflux disease, more commonly known as GERD.

But when you watch the television commercials for these medications it looks as if we should be taking them in order to eat any food that might disagree with us.

Despite the fact that, according to FDA guidelines, these drugs should only be taken for no more than 14 days in a given year, I have to admit that I see patients every day who insist on taking Pepcid or Prilosec day in and day out without any indication that they plan to stop.

I have written previously about my concern as it relates to the overall notion of blocking stomach acid. While there may certainly be some clinical indications for this, it’s important to understand that stomach acid does a lot of good things too. It allows us, for example, to absorb vitamin B12 and also activates our digestive enzymes. These functions should make us a call into question the notion of just capriciously taking these acid blocking drugs.

In a new report, published in the journal, Microbiome, Mayo Clinic researchers demonstrated that the use of PPIs, even at low dosage, resulted in remarkable changes in the gut bacteria. Overall, during the time people were taking his medications, the researchers demonstrated a robust change, with significant reduction of the diversity of the various bacterial species that would characterize a more normal gut microbiome.

And beyond just demonstrating a significant loss of diversity of the bacteria, the authors put this finding into the context of an infection of the gut, caused by the organism Clostridium difficile. This is an infection that is seen when there is loss of bacterial diversity, and hence the authors concluded:

…we have shown that PPI use in humans reduces microbial diversity, a condition found in subjects with Clostridium difficile infection.

Clostridium difficile infection causes severe diarrhea and may be linked to more than 14,000 deaths in America annually. Further, loss of gut microbial diversity is seen in a wide range of clinical situations including obesity, insulin resistance, and even autoimmune diseases.

So here is the take-home message: just because PPIs have somehow been approved for over-the-counter sale meaning that they are available in “nonprescription strength,” clearly this doesn’t mean that there are not going to be health consequences associated with this class of drugs.