Alzheimer’s and Exercise – You Can Protect Your Brain

Alzheimer’s and Exercise – You Can Protect Your Brain 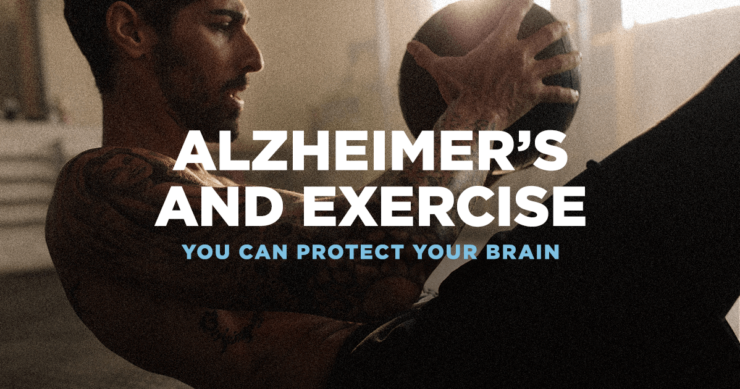 The number of Americans diagnosed with Alzheimer’s disease has continued to grow at a dramatic rate. Currently, it is estimated that some 5.8 million Americans (of all ages) have Alzheimer’s disease. By and large, this is a disease of elderly individuals, with approximately 5.6 million of those diagnosed age 65 or older. To put that number into context, consider that this means 1 in 10 people age 65 or older suffers from Alzheimer’s disease. Further, it is instructive to note that there are some 200,000 individuals here in America under age 65 years who have also been given the diagnosis.

Despite heroic research efforts, Alzheimer’s remains a disease for which there is no cure or meaningful treatment whatsoever. That said, it is critical that we ask ourselves if there is any evidence that the disease could be prevented, or at least explore what could be done to lower one’s risk.

Those of you who have been following our work are certainly aware of the ever-increasing science that makes it very clear that certain lifestyle choices are indeed associated with reduced risk for Alzheimer’s disease. In fact, our long-standing recommendations for exercise as part of an Alzheimer’s risk reduction program was recently supported by an editorial in the journal Neurology. The report begins with a bold and empowering statement:

Lifestyle interventions such as physical exercise may provide inexpensive and effective ways to delay the onset of cognitive decline and dementia. If we are able to reduce Alzheimer neuropathology in the future as now appears possible,1 combining pharmacologic and lifestyle interventions will likely provide the best prevention for cognitive decline and dementia. In this respect, prevention of dementia and cognitive impairment would be similar to current preventive treatments for diabetes and vascular disease, where both types of interventions are used.

The piece then goes on to detail the significant relationship between physical exercise and reduction in both cognitive decline and risk for dementia. Various proposed mechanisms are discussed, one of which focuses on the action of specific chemical, brain-derived neurotropic factor (BDNF), describing both how BDNF is increased by physical exercise as well as the important role of BDNF in preserving brain tissue. Indeed, there is robust data to support a strong relationship between higher levels of BDNF and the preservation of cognitive function, as well as reduce risk for cognitive decline. That said, it’s worth noting that, beyond exercise, BDNF may be enhanced by the consumption of the omega-3 fatty acid, DHA.

The authors concluded their editorial with the following:

Although important questions remain, currently available data suggest that promotion of an active lifestyle in late as well as early life that includes regular physical activity and exercise may be beneficial in reducing the risk of dementia, both through increases in reserve and reduction of Alzheimer neuropathology.

We as physicians, and healthcare providers in general, do our best to practice under the doctrine of, “Above all do no harm.” In addition, it generally makes sense to look at the risk to benefit ratio as it relates to our recommendations. Exercise, in the context of both of these considerations, needs to be front and center in terms of our Alzheimer’s messaging and outreach.