Alzheimer's News - This Should Be Front Page! - David Perlmutter M.D.

Alzheimer’s News – This Should Be Front Page! 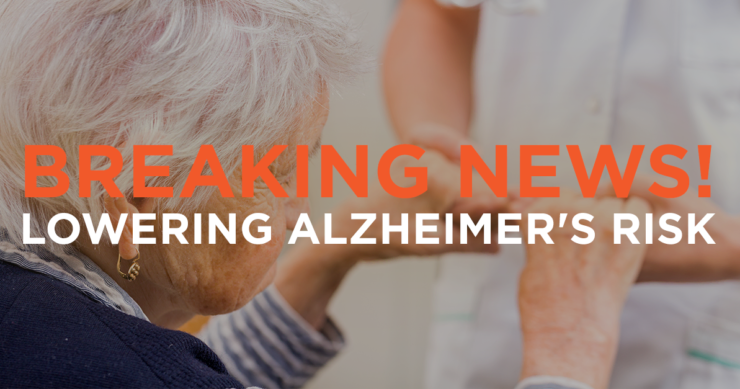 It’s a staggering statistic, but we are told that by the year 2050 as many as 16 million Americans will be living with Alzheimer’s disease. Projected costs, mostly dedicated to nursing homes and homecare, are estimated to exceed $1.1 trillion.

Research dedicated to Alzheimer’s disease is laser-focused on finding a cure. Unfortunately, our most well-respected institutions are coming up empty-handed despite the incredible dedication of monetary resources in this area.

With these ideas in mind, it is unfortunate, if not heart-wrenching, to consider the simple fact that there is a profound relationship between Alzheimer’s disease and diabetes.

Melissa Schilling, a professor at the NYU Stern School of Business, has just completed a large scale study in which she reviewed the extensive literature that clearly associates diabetes with Alzheimer’s disease, both in terms of risk and now in terms of mechanism. She was able to find robust evidence that links insulin, as well as the enzyme that degrades insulin (insulin-degrading enzyme or IDE), and the development of Alzheimer’s disease in itself. Her study strongly suggest that elevated insulin plays a critical role in the development of the various hallmarks characteristic of Alzheimer’s disease.

To be clear, there are a variety of so-called “Alzheimer’s drugs” on the market. These drugs do not treat the underlying causes of Alzheimer’s and are designed to simply work on reducing symptoms of the disease. That said, the overwhelming evidence indicates that these drugs are ineffective, even as it relates to managing symptoms.

I have nothing against research focused on finding a cure for this dreadful disease. However, I am quite taken by the fact that hardly any attention is given to the notion of preventing Alzheimer’s in the first place, despite the fact that we now have such solid evidence that lifestyle choices, predominantly diet and exercise, play a huge role in determining who does or who doesn’t end up with this diagnosis.

It is for this reason that I have been so deeply dedicated to supporting a low carbohydrate diet, a diet that’s very restrictive when it comes to simple sugars, to do everything possible to reduce the risk for diabetes. The evidence relating dietary choices to diabetes risk is well substantiated at this point and should be, in my opinion, part of the routine discussion in a doctor’s office. This discussion now takes on an even higher level of importance as we recognize this relationship between elevated insulin, as is seen in type II diabetes, and risk for Alzheimer’s disease.

If we can raise awareness and get more people tested for hyperinsulinemia (elevated insulin), especially those who have been diagnosed with or who are at risk for dementia, it could significantly lessen the incidence of Alzheimer’s disease and vascular dementia, as well as other diabetes-related health problems.

You will also recall how in Grain Brain I emphasized the importance of focusing on eating foods that have a low glycemic index. It appears that Dr. Schilling agrees as she plans to petition the U.S. Food and Drug Administration to add glycemic index to food labels.

I’m planning to interview Dr. Schilling for a future episode of The Empowering Neurologist, so keep an eye out for that, and comment here with any questions you’d like me to ask!