Alzheimer's - The Fundamental Principle to Reduce Your RIsk 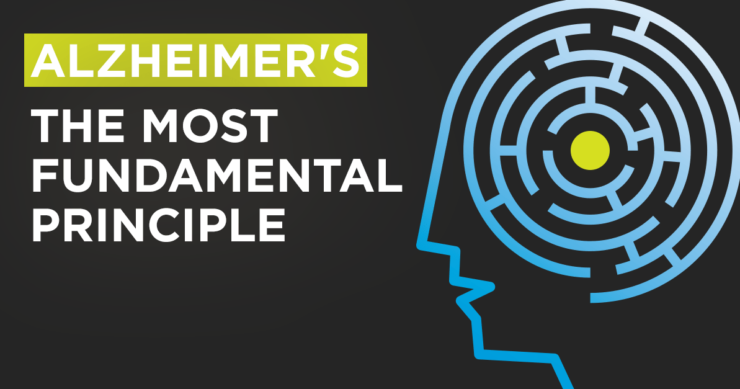 Where are we in terms of treating Alzheimer’s disease? To answer this question, I turn to one of the most well-respected, peer-reviewed medical journal dealing with clinical neurology.

In a recent editorial in the journal Neurology, Drs. Michal Schnaider Beeri, and Joshua Sonnen stated:

Despite great scientific efforts to find treatments for Alzheimer disease (AD), only 5 medications are marketed, with limited beneficial effects on symptoms, on a limited proportion of patients, without modification of the disease course. The prevalence of AD doubles every 5 years, reaching the alarming rate of 50% in those aged 85 years and older. In the context of the demographic trends of modern society, where the elderly are the fastest growing segment of the population, identification of new therapeutic targets that may prevent, delay, or cure AD is critically needed.

I so agree. The editorial goes on to describe how the body produces a growth hormone, BDNF, that is associated with reduced risk for cognitive decline and describes how looking at the genetic control for BDNF might enhance cognitive reserve.

This editorial clearly sets the tone for researchers to explore ways of turning on the body’s production of BDNF by developing strategies to turn on the genetic pathways for its production. My sense is that the authors mean pharmaceutical approaches.

This is unfortunate, as dedicated researchers have been publishing terrific research for many years indicating how things like exercise, diet, and even various herbs powerfully augment BDNF production.

It’s clear, for example, that following a Mediterranean diet, along with regular exercise, is associated with a dramatic reduction in risk for dementia, a disease that, as stated above, remains untreatable. This was so eloquently described in the Journal of the American Medical Association in a study entitled, Physical Activity, Diet, and Risk of Alzheimer Disease…and this was published in 2009!

There is so much that we can be doing each and every day to help reduce our Alzheimer’s risk. And I invite you to review the following list of previous blogs and videos.

In closing, remember the words of the Huangdi Neijing from the 4th Century BC: