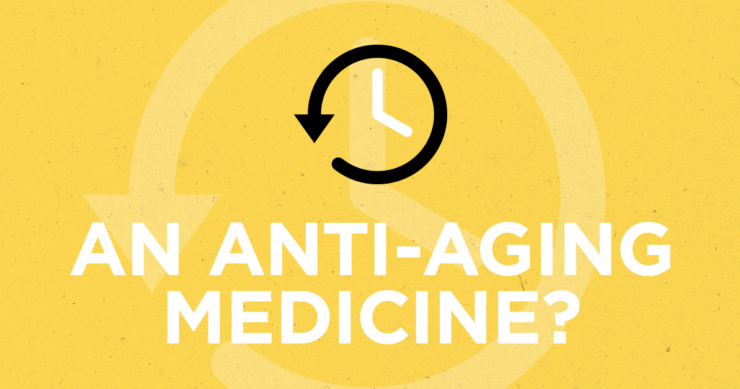 I recently had the unique opportunity to serve as an advisor for the development of the next XPRIZE. Many of you may have heard of the XPRIZE for space, and this new prize is, to a degree, similar. The new XPRIZE is being developed to help spur research in the field of longevity. As such, unlike the space prize, in which a finite goal could be easily established, developing a goal that would serve as a surrogate for longevity is more of a challenge. Nonetheless, it is a work in progress.

Over the several days during which we worked on the project, one thing I was struck by was the discovery that a significant number of the scientists had begun taking a specific medication with the hope that it could stymie the aging process. The medication, metformin, is commonly used to control blood sugar in diabetics. Its mechanisms of action include decreasing glucose absorption from the gut, as well as the production of glucose in the liver. In addition, metformin is thought to increase the action of the hormone insulin by increasing cellular insulin sensitivity. As far as why it is being considered for this anti-aging purpose, scientists are looking to how it activates other biochemical pathways, including AMP-kinase.

I’ll leave the further technical stuff for your exploration on Google, but suffice to say that all that glitters isn’t gold, meaning that we should always consider the potential risks associated with any intervention, no matter how attractive. That said, I was intrigued to review a recent publication in Aging Cell, in which researchers aimed to determine the effect of metformin on both insulin sensitivity as well as cardiorespiratory fitness. The study’s sample was a group of older adults who were involved in an aerobic exercise program, and who were taking either metformin or a placebo for 12 weeks.

Aerobic exercise, as you might expect, was associated with a decrease in fat mass, average blood glucose (A1c), and fasting insulin. But there were important differences between the two groups. Compared to the placebo group, the subjects taking metformin had less improvement in insulin sensitivity, as well as less improvement in an important measure of cardiorespiratory fitness (VO2 max) following exercise. Most importantly, while normally exercise is associated with an improvement in skeletal muscle mitochondrial function, this was not seen in the group taking metformin.

Older adults generally seem to have gotten the message that exercise is a good idea, and this is especially true for diabetics. But this research reveals that by taking metformin, and subsequently compromising mitochondrial function, what may be the most commonly prescribed medication to treat diabetes actually significantly detracts from the important benefits of exercise. Further, as it relates to the idea of anti-aging, the authors stated:

Our findings suggest that combining two healthspan extending treatments, metformin and exercise, may interfere with the improvement in some parameters of physiological function and do not interact synergistically.

I’m all in when it comes to slowing down the aging process. For now, I think there’s solid evidence supporting ideas like caloric restriction, intermittent fasting, high-quality sleep, and even some unique nutritional supplements. But the potential downsides of compromising mitochondrial function in a person who chooses to exercise have made me take metformin off the list.