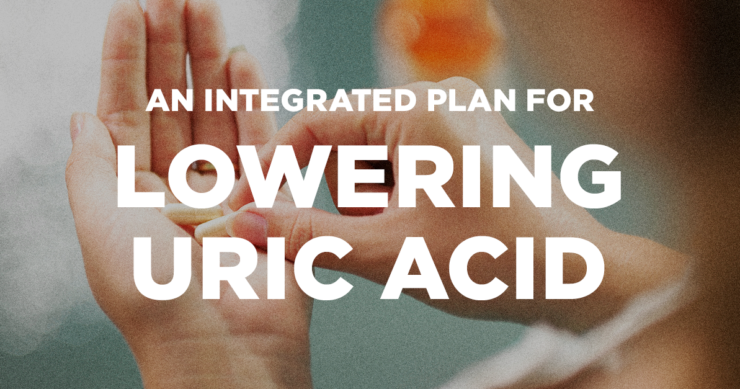 It’s often said that “the whole is greater than the sum of the parts.” And this is particularly true when it comes to what we can gain from combining specific nutritional supplements. For example, while taking an antioxidant can offer up a level of protection against the damaging effects of harmful chemicals called free radicals, supporting an antioxidant supplement with another component that helps it regenerate itself offers up a much more effective strategy for quenching free radicals than simply using the antioxidant by itself.

Yes, there’s great utility in the notion of combined, multifaceted supplements—especially as it relates to confronting the key underpinnings of what threatens our health. And despite the incredible array of supplements available, by and large their ultimate purpose really focuses on just a few threatening mechanisms. These include the damaging effects of free radicals (more generally termed oxidative stress), inflammation, damage to the gut microbiome, cellular senescence (aging and loss of function of cells), and loss of mitochondrial function, which threatens the cell’s ability to make energy.

So, let’s unpack a unique compilation of supplements and explore not just the value of each component, but more importantly, how they work synergistically.

The leadoff hitter is quercetin. While quercetin has been available for decades as a supplement, it is only more recently that research has revealed just how powerful and broad-reaching quercetin is in terms of its health benefits. Quercetin is a plant-derived flavonoid found in abundance in grapes, berries, cherries, onions, kale, apples, red wine, and black tea. As an antioxidant, quercetin rivals vitamins C and E. Its antioxidant activity coupled with its strong anti-inflammatory activity explains why quercetin is so extensively studied in animal models of various diseases in which oxidative stress and inflammation play important roles. These include Alzheimer’s disease, complications of diabetes, and various forms of arthritis. But perhaps the newest and most exciting property of quercetin, only recently discovered, is its ability to lower uric acid levels as demonstrated in human studies. Uric acid, the end product of the metabolism of fructose sugar as well as nucleotides derived from food and cellular DNA and RNA, has until only recently been considered to be simply a waste product. And uric acid elevation was only thought to be a health risk when related to gout or kidney stones. But with the pioneering work of Dr. Richard Johnson at the University of Colorado, we now recognize that uric acid elevation is implicated as playing an important role in pervasive issues such as elevated blood pressure, insulin resistance, obesity, fatty liver disease, and diabetes. This new paradigm certainly elevates the value of quercetin beyond its historical virtues.

Like quercetin, luteolin is a flavonoid, a plant-derived compound with powerful antioxidant and anti-inflammatory activity. It is found in abundance in green pepper, celery, and broccoli. The anti-inflammatory effects of luteolin have been extensively studied in laboratory animals as well as in human cells in the laboratory setting. More recently, a human, interventional trial demonstrated remarkable lowering of markers of inflammation (Il-6 and TNF-alpha) in subjects treated with this natural plant compound. Even more exciting is the emerging research evaluating luteolin’s effectiveness in terms of lowering uric acid. In this regard, luteolin is even more powerful that quercetin. In fact, luteolin’s ability to lower uric acid, at least in the laboratory, may be comparable to a drug commonly used to treat gout.

Continuing on the theme of targeting uric acid, one of the most widely appreciated interventions, at least in the supplement world, is tart cherry. An abundance of peer-reviewed, scientific literature has confirmed that in humans, tart cherry has significant activity in terms of lowering uric acid. Traditionally, this research has focused on the translation of these findings to patients with gout, as one might expect. But now that we’ve gained a much broader understanding of the implications of elevated uric acid, including tart cherry makes even more sense. In a recent study reported in the journal Nutrition in Health and Disease, researchers evaluated the effectiveness of tart cherry juice versus placebo on uric acid levels in a group of overweight or obese adults over a four-week period. The results were impressive, demonstrating an average reduction of uric acid by 19% in those taking the tart cherry juice. In addition, these participants, in comparison to those receiving the placebo, showed a reduction in an important blood marker of inflammation, C-reactive protein.

When you ask people to name an antioxidant, vitamin C likely would be the most common response. And with good reason. The scientific validation of vitamin C’s antioxidant function is certainly vast. But historically, vitamin C came on to the scene when it was identified in the 1930s as the chemical that prevented the development of scurvy. Scurvy, as manifested by loss of teeth, bleeding, poor wound healing, and bone pain, is a disease of the connective tissue caused by the body’s reduced ability to utilize carbohydrates, fats, and proteins. In addition, as a consequence of vitamin C deficiency and therefore decreased antioxidant function, the tissue damage seen in scurvy is accentuated by the action of free radicals. Because vitamin C plays a central role in creating collagen, one of the body’s major building block proteins, vitamin C deficiency can have far ranging effects within our bodies.

Vitamin C works in tandem with the polyphenols quercetin and luteolin to provide antioxidant protection against the damaging effects of free radicals. But what’s really exciting about the synergy of these supplements, along with tart cherry, is that they all contribute to lowering uric acid. So, this isn’t your grandfather’s vitamin C. We now look upon this powerful, newly discovered attribute of vitamin C with excitement as it reveals that vitamin C throws a much wider net in terms of its potential health benefits. In what be the most comprehensive evaluation of the role of vitamin C in lowering uric acid, researchers at Johns Hopkins School of Medicine published a report entitled “Effect of Oral Vitamin C Supplementation on Serum Uric Acid: A Meta-analysis of Randomized Controlled Trials.” In their publication, the authors called attention to the importance of lowering uric acid when it is elevated, stating:

Consumption of green tea has gained popularity, especially among the health conscious. And unlike the specific chemicals described above, green tea is a food, and as such, contains a vast array of biologically active components, many of which offer up real health benefits. It is rich in polyphenols, providing antioxidant and anti-inflammatory activity. Another important antioxidant found in green tea is epigallocatechin 3-gallate (EGCG), which also serves to aid mitochondrial function, facilitating cellular energy production. And EGCG aids in the process of autophagy, an important mechanism whereby cells rid themselves of defective components, a central event in maintaining cellular function.

Vitamin D is deservedly in the spotlight these days because of its importance in immune regulation and especially in limiting inflammation. Vitamin D deficiency is highly prevalent around the world while chronic, degenerative inflammatory conditions like coronary heart disease, obesity, and diabetes are now the number one cause of death on our planet. To be fair, this is a correlation. But it shouldn’t detract from considering the fundamental role of vitamin D in health, not just as a modulator of inflammation but as an antioxidant, a central player in bone health, a regulator of gene expression related to cancer development, and an important influence on insulin sensitivity.

Finally, let’s consider zinc, present within every cell and the second most abundant mineral in the body after iron. Zinc plays a central role in both the development as well as the function of immune cells and as such, joins the team to help control inflammation. More than 300 important enzymes in the body concerned with things like metabolism and nerve activity depend on zinc for proper functionality. Like vitamin C, we need zinc for proper wound healing. And to be sure, zinc really shines when we consider its potent role as an antioxidant.

We can all appreciate the solo musician. But the synergy of the orchestra’s performance elevates the value of each individual’s contribution. So it is when we look upon supplements that are science-based and creatively-constructed with multiple components focused on common goals.

For more on this subject, consider reviewing the below studies: