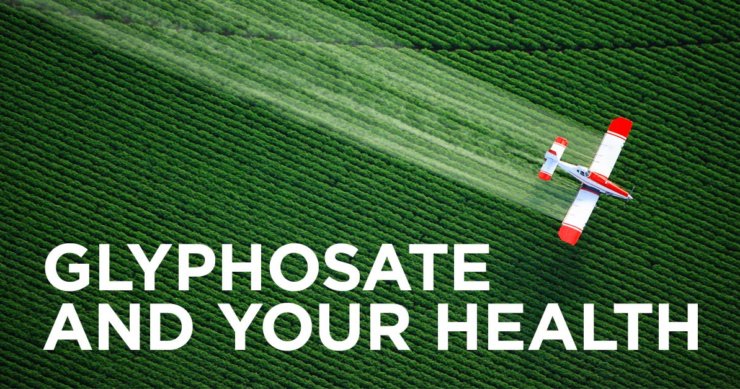 Let’s put our conversation about the dangers of GMO foods aside for a moment and consider why so much of America’s agricultural production is now centered on the use of genetically modified seed.

One of the biggest problems faced by farmers is the intrusion of weeds into their production fields. So rather than having to resort to manually removing weeds from farmer’s fields, a wonderful alternative has been created. America’s farmers now resort to spraying a weed-killing chemical, glyphosate (RoundUp®) on their crops. And what prevents the harvested crop from also being targeted by the herbicide is the fact that the seeds used in crop production are the genetically modified in such a way as to be resistant to the herbicide’s effects. In the world of agriculture these seeds are known as “RoundUp® ready.”

There’s plenty to be concerned about in terms of the GMO part of this story, but for now, understand that the use of RoundUp® ready GMO seeds has paved the way for farmers to use huge amounts of this herbicide. And it’s happening globally. It is estimated that by 2017 farmers will apply 1.35 million metric tons of glyphosate to their crops.

Glyphosate residues remain in and on the crops on which they are used and represent a threat to human health.  This report contains the complete list of glyphosate tolerances for residues in food crops in the U.S., as of September 18, 2013.

In addition, the report clearly describes the mechanisms by which this happens, showing how residual glyphosate:

The authors conclude their comprehensive report stating: “The monitoring of glyphosate levels in food and in human urine and blood has been inadequate. The common practice of desiccation and/or ripening with glyphosate right before the harvest ensures that glyphosate residues are present in our food supply. It is plausible that the recent sharp increase of kidney failure in agricultural workers is tied to glyphosate exposure. We urge governments globally to reexamine their policy towards glyphosate and to introduce new legislation that would restrict its usage.”

Glyphosate represents a clear and present danger to human health and is part of the untold story as it relates to the bigger picture of the threat of GMO seeds now so prevalent in America’s farming industry. This is important information to keep in mind the next time you are debating issues related to the safety, or more importantly the risks, of GMO in general.