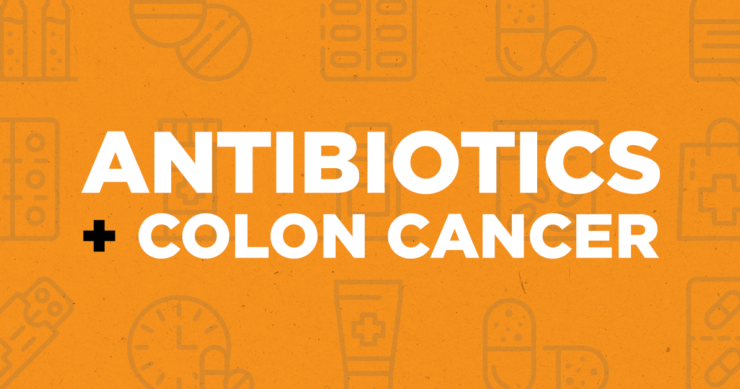 No doubt, it is certainly exciting to read about advances in cancer treatment. However, at the same time it is vitally important to recognize what may underlie cancer so that we can target these causes with the hope of reducing risk.

Colorectal cancer is on the rise, and in fact rates of colorectal cancer are increasing, quite dramatically, in younger patients, particularly over the past ten years. According to Darren Brenner, a molecular cancer epidemiologist at the University of Calgary in Canada, it was thought that with newer data the rise in colorectal cancer in younger patients would level off, but this has not been observed. He conducted a study that was recently published that showed the rate of colorectal cancer diagnoses among women under 50 has increased annually by nearly 4.5% (from 2010 to 2015). During a longer time period, from 2000 to 2015, men under age 50 experienced an approximately 3.5% increased risk. As Brenner recently stated in The Scientist:

Among males and females, we are seeing the highest-ever recorded rates among most recent birth cohorts.

These statistics are similar to what is now being observed in America. In a recent report in the journal Cancer, between 2004 and 2015 the diagnosis of colorectal cancer increased from 10% to 12% in individuals under the age of 50 (total number people diagnosed). Similar increases were seen in Denmark, and the United Kingdom, with an 8% annual increase among people in their 20s in a study looking at 22 European countries.

There are many factors that are involved in risk for colorectal cancer. Indeed, around 5% are related to genetics, and specific genetic conditions. But it’s important to recognize that most colorectal cancers are diagnosed in people without a family history of colorectal cancer or a known genetic risk factor.

That said, there have been some incredible new developments linking lifestyle choices to risk for colorectal cancer. One recent study correlated a significant increased risk for colorectal cancer in relationship to time spent watching television. Other risk factors that have been well described include heavy alcohol consumption and cigarette smoking.

Dietary factors are certainly well-described with strong relationships between colorectal cancer risk and the consumption of processed meat as well as obesity. According to Marcus Goncalves of Weill Cornell Medical College in New York:

Colorectal cancer is one of the most sensitive {cancers} to diet.

A recent study, appearing in the prestigious medical journal, BMJ, calls attention to yet another factor that may relate to colon cancer risk. This study was designed to assess the association between the use of oral antibiotics and risk for colorectal cancer. The study involved close to 30,000 individuals diagnosed with colorectal cancer and compared these individuals to approximately 137,000 control subjects. In addition, the researchers evaluated the individuals in the project to determine their history of antibiotic use.

The results were compelling. The researchers demonstrated an increased risk of colon cancer, but not rectal cancer, associated with antibiotic use, even if use of antibiotics was minimal. Antibiotics from the penicillin group, particularly ampicillin/amoxicillin, were particularly associated with increased risk of colon cancer.

In the context of their results, the authors called attention to the widespread use of antibiotics globally. In an attempt to explain the relationship between antibiotic consumption and risk for colon cancer, the authors stated:

In conclusion, our results provide evidence to a potential causal relationship between antibiotic-induced microbiome dysbiosis (abnormality), which may influence subclinical mucosal inflammation, and colon tumour formation.

They went on to state:

Nevertheless, whether antibiotic exposure is causal or contributory to colon cancer risk, our results highlight the importance of judicious antibiotic use by clinicians.

To be clear, antibiotics are an important part of the pharmaceutical armamentarium for dealing with infectious diseases. In the appropriate clinical application they are nothing short of wonder drugs. But, as I have stated so many times, it’s important to always look at the possible risks of any medical intervention and weigh those risks against the benefits. The authors of this report demonstrated increased risk of colon cancer even with one single exposure to antibiotics. This does not mean that taking an antibiotic will lead to a diagnosis of colon cancer, that’s for sure. What the study does make very clear, especially in the conclusion, is that changes induced in the gut microbes by antibiotics might set the stage for inflammation and tumor growth, and that clinicians need to be judicious in using these medications, which can have a profound effect on the diversity of the organisms that live within us.

And while we may do our very best to avoid antibiotics unless necessary, it’s certainly important to point out that over 70% of the antibiotics used in America are used by the poultry and cattle industries to create the very food that we consume.alcogut mi