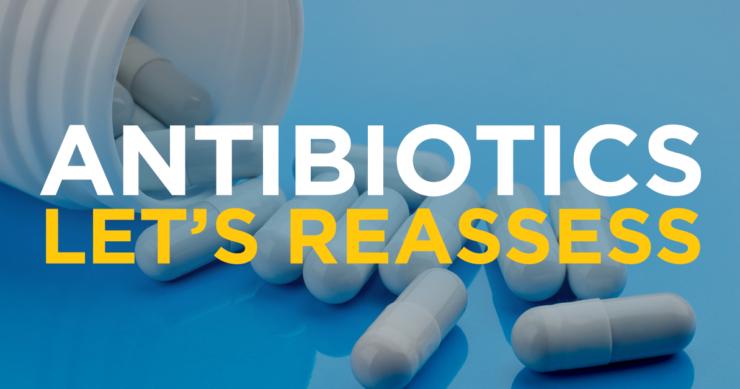 Dr. Martin Blaser, author of the book Missing Microbes, recently penned a thought-provoking editorial in the journal Science, titled, “Antibiotic use and its consequences for the normal microbiome“.

Dr. Blaser begins by confirming the critical role that antibiotics play in modern medicine. He then reiterates the words of Nobel laureate Alexander Fleming, inventor of penicillin, who in 1945 warned of the potential negative consequences of antibiotics, including the development of antibiotic-resistant organisms.

He then goes on to review how, shortly after their introduction for widespread use in humans, farmers discovered that treating livestock with antibiotics dramatically enhanced their growth. This discovery fostered the widespread use of antibiotics in the livestock industry, which has only persisted and grown over the last six decades. But beyond the historical significance of this discovery, the report calls attention to the fact that antibiotics are associated with important metabolic changes. This finding was a central idea elucidated in Dr. Blaser’s book, wherein he linked current antibiotic mismanagement to the global, ever-increasing rates of obesity.

The editorial then reveals the link between antibiotic exposure and risk for a variety of common diseases including obesity, types 1 and 2 diabetes, inflammatory bowel diseases, celiac disease, allergies, and asthma. Importantly, Dr. Blaser makes it clear that current scientific research validates that the relationship between antibiotic exposure and these diseases is not just correlative, but causal, and clearly related, mechanistically, to changes in the makeup of the microbiome.

Loss of species diversity is a hallmark of antibiotic induced microbiome disruption, and the report graphically demonstrates strong correlation between antibiotic usage and other sanitation practices with this change when comparing populations that experienced “early modernization” with those in which these practices were comparatively delayed.

Animal and human research make it clear that the most dramatic effects of antibiotic exposure, both in terms of microbiome alteration as well as risk for various diseases as a consequence of these changes, occur when the drugs are administered in early life. Thus, Dr. Blaser councils:

Rather than carpet-bombing germs into submission with broad-spectrum antibiotics, we will need more laser-like approaches to develop drugs against specific pathogens, minimize damage to essential symbiotic microbial species, and preserve community structure and function in the healthy (and developing) microbiome.

There always will be instances in which children must be treated with an antibiotic, but the collateral effects could be mitigated. Should we bank every healthy child’s fecal specimen, so we can chase each antibiotic course with a dose of their own pretreatment microbiota? Or by studying microbiota before and after antibiotic treatment, can we identify a few key organisms to replace in that child and then prescribe well-characterized pharmaceutical-grade standard strains, the probiotics of the future, to be administered in the appropriate vehicle?

Antibiotic usage continues to expand at an alarming rate. From 2000-2010, total global antibiotic consumption grew by more than 30 percent. Again, these are profoundly useful medications, but as Dr. Blaser reminds us:

Yet antibiotics are vital for health care. It is difficult to imagine optimal health without an umbrella of antibiotics to use when needed. Nevertheless, practitioners have not been taking the biologic cost of antibiotic use into account sufficiently in making treatment decisions.

With our new understanding of the profound microbiome-induced metabolic consequences brought on by antibiotic exposure, and the myriad diseases that result from these changes, we are now called upon to reassess our decision process based upon the risk-benefit ratio of this important, but clearly over-utilized, class of medicines.