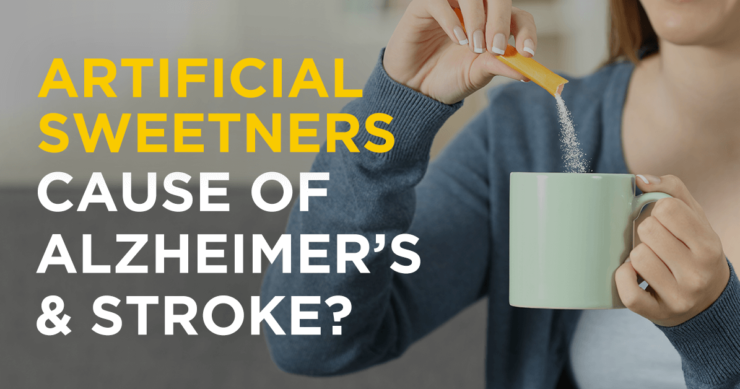 To those of you who follow my blog, the recent study demonstrating a remarkably increased risk for stroke, as well as Alzheimer’s disease, in relation to consumption of artificially-sweetened beverages should not come as a surprise.

First, let me break down what the researchers did, and learned. The stroke portion of the study evaluated 2,888 adults (age 45+), while the dementia arm focused on 1,484 adults (age 60+). The researchers reviewed food frequency questionnaires for the years 1991 to 2001 and determined how often the participants consumed artificially-sweetened beverages.

The report reveals that the risk of stroke in those consuming one or more artificially sweetened sodas a day was almost tripled, with a similar finding for Alzheimer’s risk.

These are breathtaking findings because clearly, when it comes to stroke as well as Alzheimer’s disease, modern medicine has precious little to offer patients.

The reason these findings should not come as a surprise is because both stroke and Alzheimer’s disease share a similar mechanism in terms of their cause. Both of these issues are primarily inflammatory disorders. As I have discussed earlier, research indicates that the changes induced in the gut bacteria in humans when they are exposed to artificial sweeteners creates a much more inflammatory environment. This explains, for example, why there’s a dramatically increased risk for both obesity as well as diabetes (both are inflammatory disorders) in relation to consumption of these artificial sweeteners. And both of these diseases are powerfully related to both stroke and Alzheimer’s in and of themselves. The authors stated:

So, let’s be clear: there’s no advantage to drinking sugar-free, low- or no-calorie this or that, despite what the advertisements and commercials might lead you to believe.

Always be kind to your gut microbes!