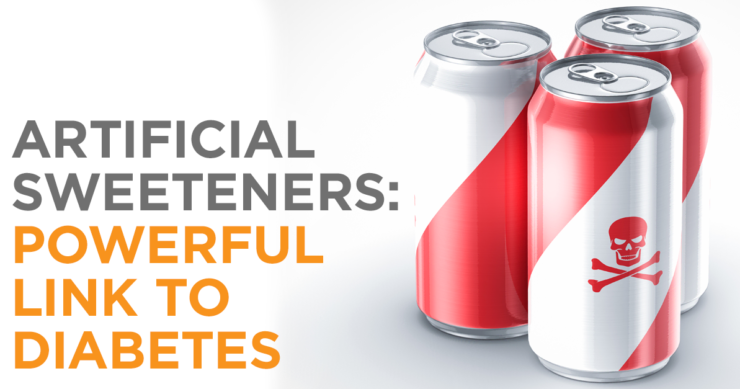 It seems self evident that consumption of sugar sweetened beverages would be associated with increased risk for type 2 diabetes (T2D). And in fact, this has been demonstrated in multiple studies. This is understandable when you consider what a powerful slug of fructose is delivered by each can or bottle of this stuff.

So it is that the term, “sugar free” is being exploited to death by soft drink manufacturers because of the mistaken public perception that choosing artificially sweetened drinks would be a healthier choice. It is a mistaken perception as now we’re seeing studies that have demonstrated that the risk for T2D is also dramatically increased in individuals who choose not to drink sugar sweetened beverages, but opt for those that contain artificial sweeteners.

In a recent report in the American Journal of Clinical Nutrition, French researchers evaluated more than 66,000 women over a 14 year period and found that those who favored sugar sweetened beverages did in fact have an increased risk of T2D, by about 34%. Incredibly, those choosing artificially sweetened drinks had a risk increase for T2D that was more than twice what that amount.

In trying to explain this seemingly paradoxical finding, the authors speculated that artificially sweetened beverages, because they don’t cause the body to secrete insulin, may therefore not stimulate the satiety response. This lack of appetite suppression may ultimately lead to increased calorie consumption in the form of other foods.

But now, other researchers may have identified a different mechanism relating consumption of artificial sweeteners and diabetes. Israeli researchers recently demonstrated that in both laboratory animals as well as humans, glucose intolerance (which sets the stage for full blown diabetes) is related to changes in the gut bacteria induced by artificial sweeteners. Consumption of these chemicals induces changes to the microbiome, the collection of microbes and their genetic material that live within our bodies.

Keep in mind that it is the microbiome that helps regulate all manner of metabolism within the human body having a key role in determining how we handle sugar and carbs, how many calories are extracted from our foods, and even whether we feel hungry or satisfied. Beyond these functions, our gut bacteria even play a pivotal role in the regulation of chemicals that affect our mood from one moment to the next – the neurotransmitters.

So in this context, my advice is to refrain from artificial sweeteners as they represent a clear and present threat to your delicate and life supporting gut bacteria.

In my new book, Brain Maker – The Power of Gut Microbes to Heal and Protect Your Brain – for Life, artificial sweeteners, antibiotics, chlorinated water, method of birth, and even food choices are some of the many factors that I explore in terms of their effects on the microbiome and how these changes affect general health as well as brain health, for better or worse.