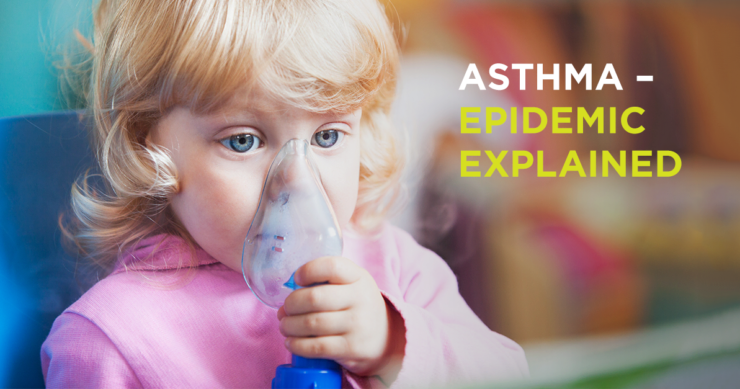 So much has been written in scientific journals recently about how the loss of microbes in the gut, especially earlier in life, affects the immune system. For example, researcher Marsha Wills-Karp, at the Johns Hopkins School of Public Health, recently revealed how early life exposure to antibiotics is associated with a substantial increased risk for the development of asthma.

Asthma has become an epidemic in America, affecting 1 in 12 Americans and totaling around $60 billion in direct medical costs, as well as lost work and school days, according to the Centers for Disease Control (CDC).

When we are exposed to antibiotics, which may well be a necessary medical treatment, the intervention isn’t really a targeted assault on a particular offending organism. Rather, these days doctors prescribe “broad spectrum” antibiotics that are effective in wiping out a vast array of organisms, well beyond the offending agent, and this may include some of the good guys as well.

One of the important functions of the “good bacteria,” often called the probiotic organisms, is to naturally limit the overgrowth of potentially damaging bacterial species. Kill off the good guys, and the bad guys can move in. This is what we see, for instance, with clostridium difficile diarrhea. An antibiotic associated illness that kills around 30,000 Americans each year.

In fact, it is this mechanism that may explain a new report in the journal Science Translational Medicine in which researchers found that low or undetectable levels of four types of bacteria in children at 3 months closely predicted who would likely develop asthma, and even skin allergies, by the time they reached their first birthday. Likely the names of these organisms, Lachnospira, Veillonella, Faecalibacterium and Rothia,  won’t be familiar to most of you, but you may know that low levels of Faecalibacterium have been correlated with inflammatory bowel disease.

The study confirms how important it is to protect the gut bacteria early in life. As Dr. Stuart Turvey, co-author of the report stated:

What I think is important and not so surprising to pediatricians was how important the very early life is… and our study emphasizes that in that first 100 days the structure of the gut microbiome seems to be very important in influencing the immune responses that cause or protect us from asthma.