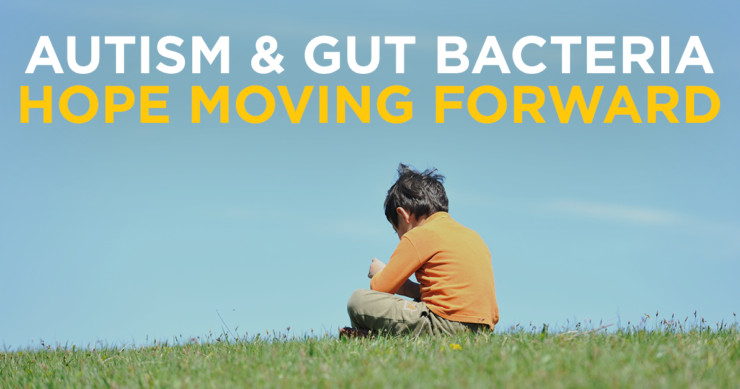 Without question, it’s been very difficult to try to determine what may be causing this virtual epidemic to be worsening over time. Over the past five years, researchers have been focusing their efforts in an attempt to relate risk for autism to events occurring not in the brain, but in the gut.

This line of research certainly makes sense when you consider how frequently gastrointestinal symptoms are seen in those who are diagnosed with ASD. It is certainly very good news that progressive scientists are embracing the notion that ASD may have its origins, at least to some degree, outside the brain.

Many mechanisms have been proposed as playing a role in the genesis of ASD, including inflammation, environmental toxins, genetics, changes in the immune system, and changes to gut bacteria. And again, it’s beginning to look like all of these possible agents may converge on the health of the gut, initiating changes that ultimately affect the brain and manifest as what we’ve come to call ASD. In fact, gastrointestinal symptoms may be seen in as many as 70% of children who have been diagnosed with ASD.

As was recently published in the journal Frontiers in Cellular Neuroscience, researchers in China, the Philippines, and the United States made a compelling case for the important role of the gut bacteria in ASD. They focused, for example, on the important role of how the child was born, either vaginally or by cesarean section, in terms of the bacteria that would ultimately colonize his or her gut. Other factors that might play a role during pregnancy include obesity, diet, and even gestational diabetes, all of which have shown some association with ASD.

They also described how children exposed to antibiotics during their first 3 years of life show less diverse bacterial species and strains in their gut bacterial populations and how this may relate to ASD risk. Further, the researchers described how antibiotics taken during pregnancy might also be a potential risk factor for ASD.

The report contains a section titled “Modulation of the Gut Microbiota is a Potential Therapy for Children with ASD”. This fascinating review looks at interventions like probiotics and prebiotics, as well as dietary interventions to reduce intestinal inflammation, as possible therapeutic tools for the treatment of ASD. There is a very in-depth review of all of the literature we have evaluating the effectiveness of these interventions, and it’s certainly worth reviewing. They even review the notion of transplanting human gut microbiota into the intestines of ASD patients, with resulting improvements not only in their gastrointestinal symptoms but also the symptoms related to ASD.

This is an important publication as it calls attention to the importance of viewing ASD holistically, as opposed to simply focusing on the brain. These authors, along with many others, have clearly shown us that changes in the balance of gut organisms are not only common in ASD but may also be playing an important causal role. That said, as we better define our ability to manipulate the gut organisms from a therapeutic perspective, we should certainly feel more hopeful in terms of finally being able to have a substantially positive impact on ASD.