Blood Sugar and Your Brain 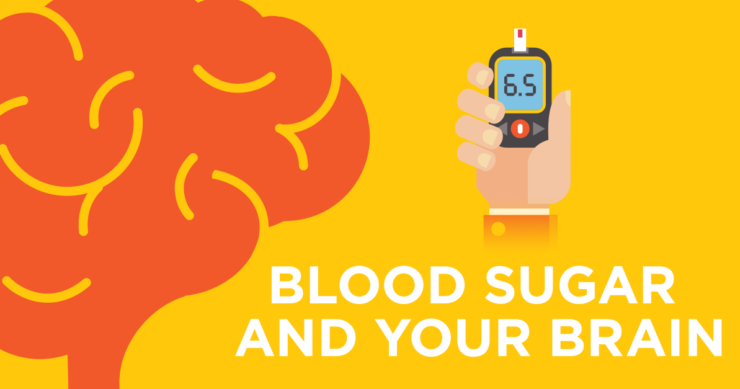 Several years ago, when I wrote Grain Brain, I had a long discussion with our publisher centered around choosing the best subtitle. Ultimately, we decided to emphasize the toxic role of sugar and carbs on the brain, and with good reason. Since that time, there have been a large number of studies that have confirmed the thesis that elevated blood sugar is profoundly detrimental, not just for the brain in general, but for brain function as well.

As the authors of a new paper entitled, Brain atrophy in ageing: Estimating effects of blood glucose levels vs. other type 2 diabetes effects point out, our brains shrink as we age with as much as 5% volume loss occurring between age 60 and 70. And as you would expect, this correlates with declining function.

A lot of the research has shown that type 2 diabetes (T2D) is what accelerates brain aging. But as this new study shows, it’s not the diagnosis of T2D that is the issue. Well before that diagnosis is made, brain structure is affected by blood sugar, even in the “normal” range!

As the authors state:

In conclusion, this study showed that the impact of blood glucose on the brain is not exclusive to T2D, and that blood glucose levels even in the normal range can have a significant impact on total brain and grey matter atrophy. These results emphasize the need to consider the role of higher normal blood glucose as a risk factor for brain health.

So again, the mission here is to keep blood sugar low. Useful lab tests include the blood sugar with the goal of keeping it in the upper 80s to low 90s, the average blood sugar or “A1c” which ideally should be in the range of around 5.2, and the “fasting insulin level” with a target of 8 or lower.

These goals are best achieved by a diet that’s exquisitely low in sugar and welcomes healthful fat back to the table. Keep in mind that artificial sweeteners, paradoxically, are also know to elevate blood sugar, so no more aspartame!