Blueberries, Good for the Brain? 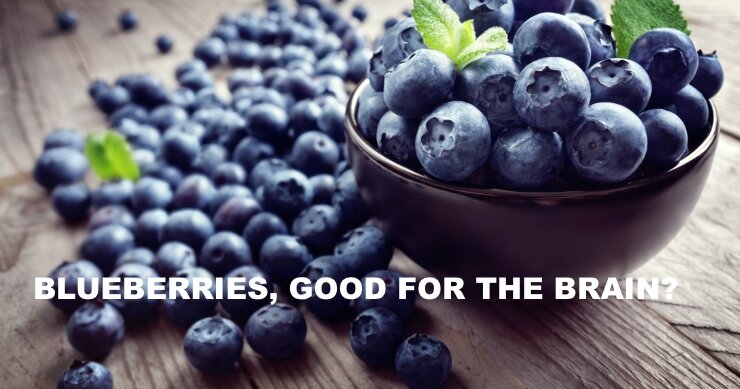 We often hear blueberries described as being a superfood, and almost universally they are included in the various lists describing “brain boosting foods.” Sure, there are studies that demonstrate blueberry consumption with lowered risk for diseases, for example, like Parkinson’s and cognitive decline. But these studies show a correlation, not causation. The ultimate test to demonstrate that blueberries cause a lowered risk for Parkinson’s, or any other disease for that matter, would require an interventional study in which a group was given blueberries over a period of time and their outcome was compared with others who either were given a placebo, or more likely, given nothing.

Another area of inquiry could examine whether blueberries possess any specific chemistry or functionality that would merit including them in a program designed to maximize brain health?

To answer this question, researchers publishing in the journal, Nutraceuticals, did a deep dive in terms of the activity of blueberries as it relates to several important parameters that influence brain health and functionality.

Specifically, the researchers demonstrated that an extract of blueberries, in vitro, meaning in the laboratory, does indeed possess various types of activities that could be beneficial for human brain health.

The researchers showed that the blueberry extract inhibited the enzyme acetylcholinesterase. This is important because this activity could allow the brain to increase its content of the neurotransmitter, acetylcholine. Acetylcholine levels are depressed in Alzheimer’s disease.

Second, the extract inhibited the COX-2 enzyme. As such, this activity would be expected to reduce inflammation, the cornerstone mechanism of a variety of neurodegenerative conditions including Alzheimer’s and Parkinson’s.

Third, exposure to blueberry extract reduced the formation of amyloid protein in this experimental model. This may also have a bearing on Alzheimer’s disease risk and progression.

These are important findings, although again, these results represent a laboratory investigation of the chemistry associated with blueberries. That said, these results build upon the observational studies that positively associate blueberry consumption with health outcomes as well as our understanding of the rich content of flavonoids and anthocyanins found in this fruit.

So, blueberries, in my book, continue to deserve a place on the list of brain-boosting foods.

Coffee – Yes or No?
Something You Should Buy for Better Brain Energetics
New Medication Associated with a 50% Risk Reduction for Dementia!