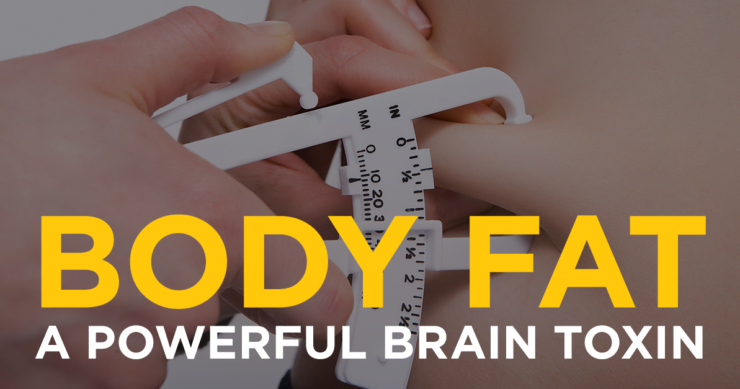 Research has long shown a strong relationship between increased body fat and degeneration of the brain. Basically, brain function declines as the size of the belly increases.

But have you every wondered why this relationship exists? What is it about body fat that so profoundly damages the brain?

This was the subject of a recent report in the Journal of Alzheimer’s Disease, “Secret talk between adipose tissue and central nervous system via secreted factors—an emerging frontier in the neurodegenerative research.”

In this paper, the scientists showed that our white adipose tissue (WAT), basically, what we gain when we get fat, is far more than just a storage depot for calories. They actually describe WAT as an endocrine organ in and of itself. It actively secretes a variety of chemicals known as adipokines that play important roles in regulation immunity and metabolism.

Moreover, these chemicals, produced in abundance when body fat is increased, readily damage and then cross the blood-brain barrier, entering the brain where they markedly increase both inflammation as well as free radicals. Importantly, these mechanisms are key players in the degenerative changes in the brain that are observed in Alzheimer’s.

…these data suggest that in pathological conditions, adipokines released by WAT promote inflammation and (free radical) production that may disrupt the blood-brain barrier permeability and could directly or indirectly act on different brain structures, the hippocampus being one of the most sensitive areas.

So it would seem that an effective way to safeguard the brain would be to reduce theses damaging chemicals at their source. That means doing everything you can to regain a normal body weight. Without question, this goal can be achieved by going low carb, eliminating sugar, eating more healthful fat, and making sure you’ve got plenty of prebiotic fiber in your diet.