Can Our Brain Activity Affect the Gene Expression of Future Generations?

Can Our Brain Activity Affect the Gene Expression of Future Generations? 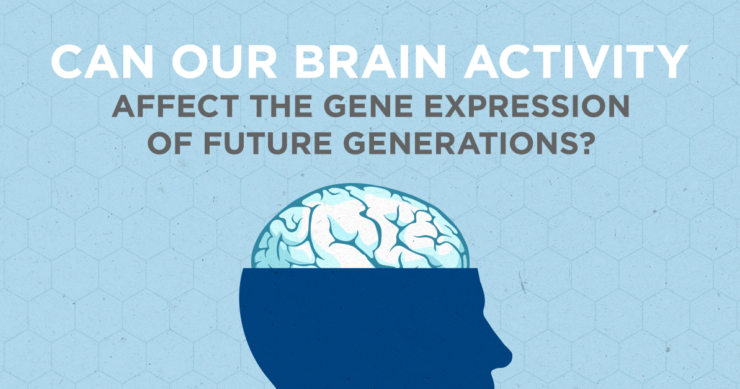 Well, this title offers a compelling question doesn’t it? From the outset, it’s important that I make it very clear that the science for today’s update is an animal study. That said, let’s explore.

Researchers in Israel recently published a study in which they endeavored to determine if cells in the nervous systems of nematodes (worms) were able to communicate with the animal’s germ cells, the cells that are involved with transmitting genetic information to future generations. Previous research demonstrated that specific molecules called “small RNAs”, which are produced in nematodes, are able to affect future generations by communicating and influencing the genetic material in germ cells. This leads to genetic changes that persist in future generations.

The new information demonstrates that cells in the nervous system of nematodes also produce these small RNA messenger molecules that affect the germ cells. And as Professor Oded Rechavi, one of the researchers behind the study, recently stated:

We found that small RNAs convey information derived from neurons to the progeny and influence a variety of physiological processes, including the food-seeking behavior of the progeny… These findings go against one of the most basic dogmas in modern biology. It was long thought that brain activity could have absolutely no impact on the fate of the progeny. The Weismann Barrier, also known as the Second Law of Biology, states that inherited information in the germline is supposed to be isolated from environmental influences.

Other research done in animals has clearly demonstrated that many environmental influences, including diet and exposure to toxins, clearly influence the gene expression of future generations. But the direct communication between the nervous system and the germ cells, as revealed by this research, draws a direct connection to the nervous system.

So, these results might well have some important implications. If indeed the nervous system, through the mechanism described by these researchers, is able to affect the cells that are involved in carrying genetic information to future generations, then the idea that our thoughts, our states of mind, and our experiences may translate into changes in the genetic expression in our children and future generations may well have support. This idea isn’t so outlandish when considering that this mechanism may have had survival implications. As study co-author Itai A. Toker stated:

Through this route, parents could potentially transmit information that would be beneficial to the progeny in the context of natural selection. It could therefore potentially influence an organism’s evolutionary course.

Again, it would be inappropriate to extrapolate these findings directly to humans. But nonetheless, it’s worth thinking about.