Chemotherapy and the Microbiome 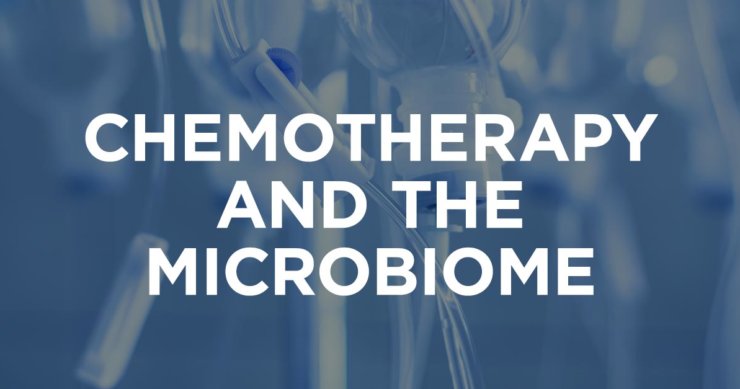 I’ve been receiving a lot of questions lately about the effects of chemotherapy on the gut microbiome. What I’ve discovered is that there is, in fact, very little literature that explores this information. In reading that, we must recognize that about 90% of all the published literature dealing with the microbiome has been published only in the last 5 years.

Chemotherapy as a term actually encompasses a broad array of interventions. Various chemotherapeutic agents are used to target particular diseases. Related to cancer in general, about 650,000 Americans get chemotherapy, in one form or another, each year.

One recent study, looking at the effects of chemotherapy on the microbiome, evaluated patients who were receiving chemo to prepare them for stem cell therapy. These were patients with a form of blood cancer called non-Hodgkin’s lymphoma.

Basically, the technique involves administering a powerful chemotherapeutic agent that wipes out the cancerous bone marrow, so that a bone marrow transfer of stem cells can then be performed in hopes of repopulating the bone marrow with healthy cells.

Typically, when the chemotherapy agent is administered, there is irritation of the gut (mucositis), and, likely, this is what provoked the researchers to study the microbiome of these individuals.

The study looked at the genetic signatures of the gut bacteria of 28 patients both before and after chemotherapy. None of the subjects received antibiotics.

The authors found that chemotherapy had a dramatic effect on the gut organisms, stating in their conclusion:

In summary, we found a profound disruption of the intestinal microbiome in terms of both taxonomic composition and metabolic capacity that may partly explain the acute inflammation, known as GI mucositis, observed after chemotherapy. This dysbiosis is also characteristic of other acute and chronic inflammatory conditions in mice as well as in humans, suggesting a causal role for the microbiome in chemotherapy-induced GI mucositis.

In addition, the report described significant changes in energy metabolism and even the ability of the gut bacteria to participate in producing important metabolic co-factors like vitamins. So as it relates to the microbiome, there may well be long term and significant health consequences of chemotherapy that have not yet even been considered. As always, we need to look at the risk/benefit ratio of any medical treatment, as countless lives have been saved by aggressive treatments such as that described.

But moving forward, it might be reasonable to consider some form of gut preservation techniques, like recolonization, following an intervention like chemotherapy, now shown to have such a profound effect on the microbiome. Just as these patients received stem cells to repopulate their bone marrow, perhaps fecal transplantation would be appropriate to repopulate their intestines.