Coffee - Could it Protect Against Alzheimer's Disease?

Coffee – Good for Your Brain! 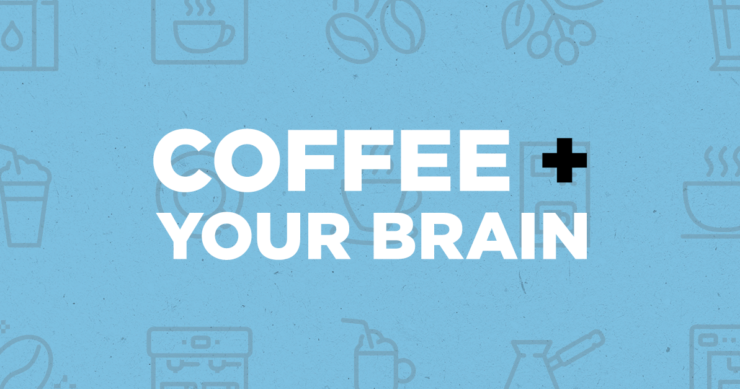 There has certainly been a lot of information appearing in scientific literature as of late indicating that coffee consumption is good for the brain. One recent report has revealed what I believe to be a very specific mechanism that directly relates the consumption of coffee to the well-established reduction in risk for Alzheimer’s disease (AD).

Researchers in Toronto, Canada, recognizing that coffee consumption is correlated with the decreased risk of Alzheimer’s disease, set about to unravel the specific mechanism whereby coffee is neuroprotective in humans. They explored whether certain compounds found in brewed coffee can protect the brain by reducing the aggregation, or clumping, of specific proteins that occur in the brain. The aggregation of these two proteins, amyloid-beta (Aβ) and tau, seems to set the stage for brain degeneration. When this aggregation is reduced, animal research reveals that this is quite protective for the brain. As such, there’s a lot of science going on right now exploring how the aggregation of these proteins can be reduced as this might offer an important way to protect the brain from the degeneration seen in Alzheimer’s disease.

The researchers studied three instant coffee extracts including a light roast, dark roast, and a decaffeinated dark roast, to specifically focus on six different components found in coffee (including caffeine).

The results of the study are really important. All of the extracts show that the various coffees inhibited the clumping of the two proteins associated with Alzheimer’s disease, with dark roast being the most potent relate to light roast. Caffeine itself, although neuroprotective through other mechanisms, had no specific effect on protein aggregation. Among the five other components studied, one component, phenylindane, powerfully inhibited the clumping of both tau and Aβ.

So powerful was the effect of phenylindane on reducing the aggregation of the Alzheimer’s associated proteins that the authors went so far as to suggest that this compound, that we are all getting when we drink coffee, should be the subject of investigation for a pharmaceutical.

Inhibition of Aβ and tau aggregation by phenylindanes in coffee can be considered as a plausible mechanism of neuroprotection in AD pathologies for individuals who consume coffee beverages. To our knowledge this is the first report of the aggregation inhibition activity of phenylindanes, and the phenylindane scaffold should be considered for future drug discovery projects which target the protein aggregation process.

Epidemiological studies show that there is a reduced risk of AD in people consuming coffee, tea, red wine, as well as in those who have a higher education level or engage in physical activity. These studies do provide support for making recommendations for lifestyle choices that may reduce the risk of this disease. But the case is certainly made much more compelling when mechanistic information becomes available specifically describing how certain lifestyle choices may prove beneficial. As it specifically relates to coffee consumption, this new research connects some very important dots and gives further substantiation to the idea that coffee is good for the brain.