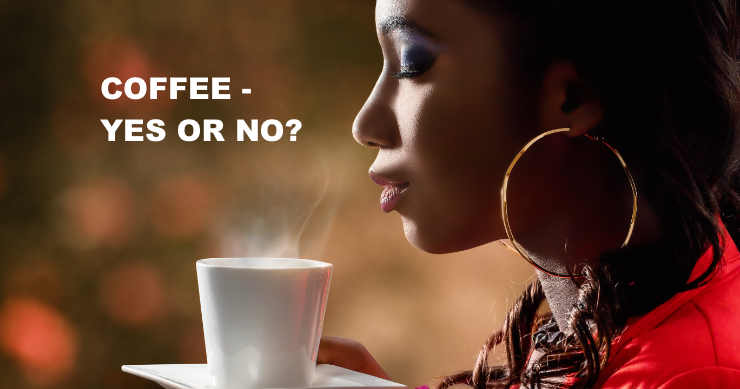 It seems like no matter where I lecture, even internationally, the question about coffee consumption as it relates to health almost always works its way into the Q and A session. So, I thought it would make sense to review a bit of the science regarding this topic.

The associations of coffee consumption with positive health outcomes and reductions in disease risk are many. But one area in particular has garnered a lot of interest – cardiovascular disease.

In a recent paper put out by the European Society of Cardiology, researchers conducted an extensive study of various preparations of coffee and analyzed their relationship to risk of cardiovascular disease (CVD) meaning coronary heart disease, cardiac failure, or stroke caused by blockage of an artery in the brain, as well as arrythmia, or death.

The study, entitled: The impact of coffee subtypes on incident cardiovascular disease, arrhythmias, and mortality: long-term outcomes from
the UK Biobank followed 449,563 adults (median age 58 years), for 12.5 years. Each of these participants provided information as to whether they drank coffee or not. If they did consume coffee, they described their daily consumption as well as whether the coffee they consumed was decaffeinated, instant or ground.

This was a very large study spanning a long period of time, and the reported results are telling. The researchers revealed that drinking caffeinated coffee, either instant or ground, 1-5 cups daily, was associated with a reduced risk of arrythmia. And the lowest risk (reduced by 17%) was observed at the higher end of ground coffee consumption (4-5 cups per day) in comparison to non-drinkers. The risk reduction for caffeinated instant coffee consumption was 12%, maximal at 2-3 cups per day. Interestingly, and perhaps counterintuitively, there was no observed risk reduction with regards to arrythmia in the individuals who drank decaf.

All types of coffee were associated with reduction in risk for CVD with the lowest risk (-14%) in the decaf consumers. Risk of death from any cause (all cause mortality) was reduced by a remarkable 27% in those who drank ground coffee, as well as 14% in decaf drinkers and 11% in those going with caffeinated instant. In all these groups, the best outcome was seen at 2-3 cups per day.

The results of this investigation are profound, with the authors concluding:

In this large prospective cohort study, consumption of instant, ground, and decaffeinated coffee subtypes, particularly at 2–3 cups/ day, was associated with significant reductions in incident CVD and mortality. Arrhythmia reduction was seen with caffeinated but not decaffeinated coffee. Mild–moderate coffee intake of all types should not be discouraged but rather considered part of a healthy lifestyle.

I choose to drink coffee, generally 2 and occasionally 3 cups almost every day. For me, coffee is a mood enhancer. And believe me, I’m well versed in the literature showing how coffee enhances cognitive function, concentration, and mental alertness. It also has neuroprotective attributes.

One of the common admonitions we hear about coffee consumption is the perceived relationship with cardiac arrythmias, including atrial fibrillation. This study’s result argued against this notion.

So, take a look at the actual study, and in particular, the graphs on page 5. By and large these graphs reveal what scientists call a “U-shaped curve,” or what may be more commonly referred to as a “sweet spot” or optimal dosage of an intervention.

This literature gives me added backing for the recommendation for 2-3 cups of coffee each day as yet another scientifically validated tool for better health. Always look for a coffee that’s mold-free and organic. I recommend choosing a medium roast over dark roast as the former will have a higher level of chlorogenic acid, a healthy polyphenol to which many of coffee’s attributes are attributed.

Blueberries, Good for the Brain?
Something You Should Buy for Better Brain Energetics
New Medication Associated with a 50% Risk Reduction for Dementia!