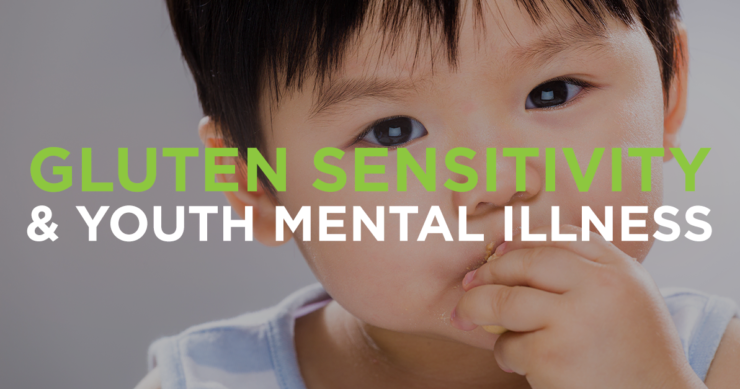 Hardly a day goes by without someone telling me a story about a miraculous improvement in some form of medical condition when a person decided to eliminate gluten from his or her diet. No doubt, most would find it fairly easy to accept the notion that some people may have improvement from, for example, gastrointestinal issue by going gluten-free. To be sure, it’s pretty well accepted these days that some people with chronic headaches may improve on a gluten-free diet as well.

But the idea that a psychiatric issue might be related to gluten sensitivity seems a little bit more difficult for people to generally accept. Nonetheless, we are seeing ever more frequent citations in well-respected medical journals that clearly make this connection.

In a recent report, published in the journal Nutrients, Italian researchers described the case of a 14-year-old girl who was evaluated because of psychotic episodes. Her medical history was in fact quite unremarkable. At age 12 she developed an illness characterized by a fever with irritability, headache, and difficulties with concentration. Over the next month the symptoms worsened and she began having sleep difficulties as well as changes in her behavior. Her school performance deteriorated. Ultimately, she began having aggressive hallucinations.

Her medical evaluation was extensive and included a wide panel of blood tests, a magnetic resonance scan of the brain, and an EEG.

She began experiencing severe abdominal pain that corresponded with her confusion, as well as paranoid thinking. She then began experiencing significant weight loss, and at that point a dietitian recommended a gluten-free diet. Almost immediately, all of her symptoms abated.

As you will note in the report, her physicians wanted to confirm that her issues were related to gluten sensitivity. They devised a way to reintroduce gluten into her diet in a double-blinded way, meaning that neither she nor the physicians knew when she was consuming gluten or not. This evaluation clearly confirmed that her symptomatology was absolutely related to sensitivity to gluten.

She subsequently was taken off of all gluten and all of her symptoms basically vanished. This allowed the physicians to discontinue antipsychotic medication that she had been prescribed. Her mild iron abnormality, as demonstrated by her blood test, normalized thereafter as well.

The authors concluded their study by indicating that determining the cause of psychosis in a child is very challenging and that we as clinicians should consider non-celiac gluten sensitivity as a possible cause moving forward. To be clear, this is not to say that gluten sensitivity is the cause of all psychiatric issues in children, but to completely ignore it as a possibility may deprive the child of a simple intervention that could virtually cure a devastating psychiatric situation.