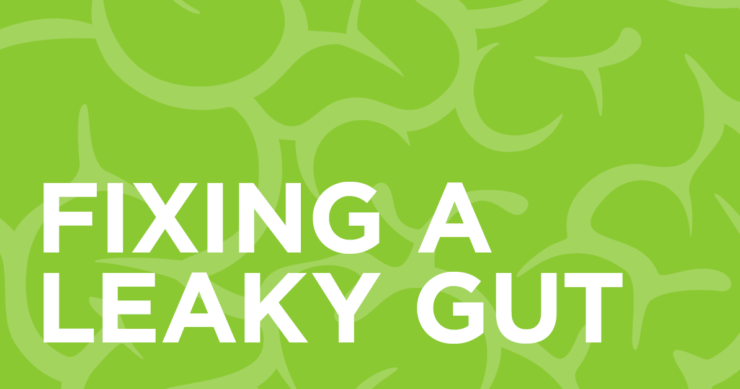 Bowel wall permeability, more commonly described these days as “leaky gut,” is now front and center in the news, and is well known as a cause of a large number of common disease entities. The intestinal barrier that separates the luminal contents from the systemic circulation is, incredibly, only one cell thick! This extends from the esophagus to the anus. That means that we are dependent on a one cell layer, as well as the connections between these single cells, to carefully screen what is taken in and what is excluded.

The integrity of the gut lining can be compromised by any number of influences including antibiotics, stress, various medications, including nonsteroidal anti-inflammatory drugs, as well as steroids, harmful bacteria, glycated proteins, and even exposure to gluten. When the permeability of the gut lining is increased, it sets the stage for a dramatic increase in inflammation and compromises our immune system’s ability to determine self versus non-self. The latter is a hallmark of autoimmune diseases including lupus, diabetes type I, psoriasis, rheumatoid arthritis, and so many more of the common maladies of our modern world.

Swedish researchers have recently reviewed the effectiveness of a particular probiotic organism, Lactobacillus plantarum, in terms of its effectiveness in reducing gut wall permeability. Their report summarized not only the animal research done to evaluate the effectiveness of this probiotic organism, in terms of restoring gut wall integrity, but human research as well. While the science is a bit compelling, the take-home message is that non-pharmaceutical approaches, like taking a probiotic, can significantly reduce the permeability of damaged gut lining, and this may have a significant downstream effect in terms of reducing inflammation, the cornerstone of virtually any the degenerative disease you can think of. This is why Lactobacillus plantarum has become one of my most coveted “go to” players when I prescribe probiotics to my patients.