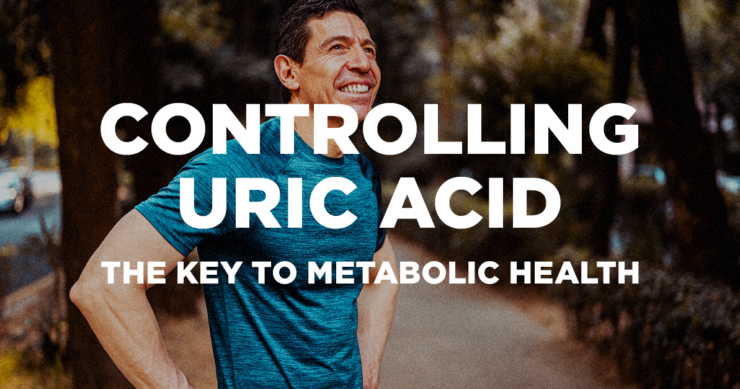 Our most important task if we are to achieve optimal health centers on optimizing our metabolism. This means doing everything we can so that we maximize our control over things like blood sugar, body weight, blood pressure, triglycerides, and lipids like good and bad cholesterol. While there are clearly some genetic influences that can affect how well we are able to accomplish this task, it’s really important to realize that the most influential factors that support our efforts to achieve metabolic wellness are the various lifestyle choices that we make, every day.

Our food choices play a leading role in regulating our metabolism—and not just what we eat, but when we eat as well. It’s now clear that reducing our consumption of refined carbohydrates is a major step towards achieving better metabolic health. And beyond our food choices, metabolism is highly influenced by other lifestyle habits in areas like stress management, exercise, and sleep.

Often, people can become frustrated in their attempts to improve their metabolic health. Despite aggressive dietary changes, engaging in exercise, and really doing their best in the various influential lifestyle areas, it may still prove difficult to achieve goals like losing weight or improving blood sugar. So often I have heard people express the thought that there simply must be something else—that they’re missing something. And they are right.

Despite the fact that the health threats of uric acid elevation were first described in the late 1800s, uric acid hasn’t really entered the mainstream in terms of its central role in metabolic disorders until just the past few years. Yes, we’ve long known that uric acid is involved in things like gout and kidney stones, but its role as a central player in metabolic disorders has only recently become fully validated. How impressive is this title of a 2016 research paper: “Uric acid in metabolic syndrome: From an innocent bystander to a central player.” The authors state:

Uric acid, once viewed as an inert metabolic end-product of metabolism, has been recently incriminated in a number of chronic disease states, including hypertension, metabolic syndrome, diabetes, non-alcoholic fatty liver disease, and chronic kidney disease.

What these authors and countless more are now describing is the central role of uric acid in creating metabolic mayhem. And the scientific research makes it clear that metabolic health can be vastly improved by recognizing uric acid for what it is—the missing link that can be brought under control and allow metabolism to normalize.

Uric acid control, achieved by lifestyle choices, is a powerful new approach for each of us that will clearly help us achieve better metabolic health. And the tools to bring this about are the centerpiece of my new book, Drop Acid.

In Drop Acid, we explore the history of uric acid in medicine and how recent scientific research has elucidated its role in things like diabetes, overweight and obesity, and elevated blood pressure. We dive into the fascinating genetic mutations leading to increased uric acid that helped our ancestors survive during times of food scarcity but now threaten the health of all humans. And most importantly, we reveal a comprehensive but user-friendly plan to bring uric acid under control and as such, allow everyone the opportunity to regain metabolic health.