The Critical Role of Early Life Decisions in Creating the Microbiome 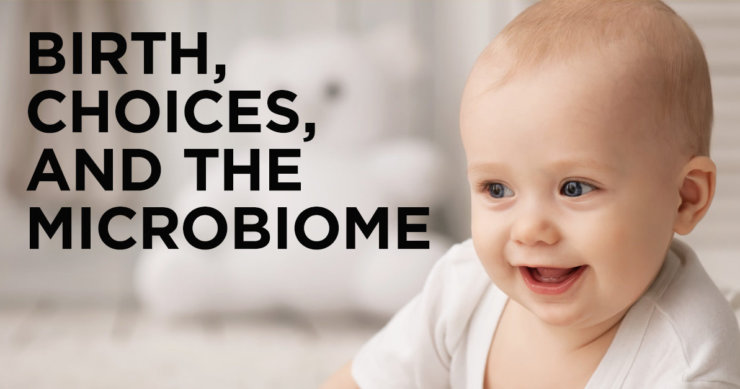 In Brain Maker, I dedicated a lot of space to exploring how we initially form our microbiome, the collection of more than 100 trillion organisms that live within our intestines. Certainly early life experiences are critical in the creation of what is now a looked upon as representing a new “organ” within the human body. As you will recall, I talked about how important it is for children to be born through the vaginal birth canal, if that is not medically precluded, and, also, I emphasized how fundamentally critical it is that children breastfeed, from the perspective of creating the best, most health-preserving, microbiome possible.

Their findings were really quite remarkable. There were dramatic differences noted in the microbiomes of children born vaginally versus those born by cesarean section. In addition, significant changes were seen in babies who were breastfed versus those who were bottle-fed. One of the main conclusions the authors reached was:

Cessation of breast-feeding drives the maturation of the infant gut microbiome.

The authors went on to state:

We observed that most of the early colonizers are derived from the mother, and that in C-section infants vertical mother-infant transmission was less frequent for important intestinal microbes such as Bacteroides and Bifidobacterium, while sharing of bacteria from skin and mouth was increased, in line with an earlier study.

These studies and our results hint to the life-long effects of breast-feeding for the priming of the gut microbiome, with possible effects on metabolic and immune health that we are only beginning to understand.

The authors revealed that the changes in the microbiome of infants that more reflect the microbiome of an adult are not a random process but is induced not by food choices, like when solid food is introduced, but by the cessation of breastfeeding. As mentioned above, they feel that these changes may actually have lifelong effects in terms of metabolism and immune function.

This data supports the information and recommendations in Brain Maker, wherein I describe how method of birth, as well as early life nutritional choices, plays such an important role in terms of the developing microbiome and future health of a child.