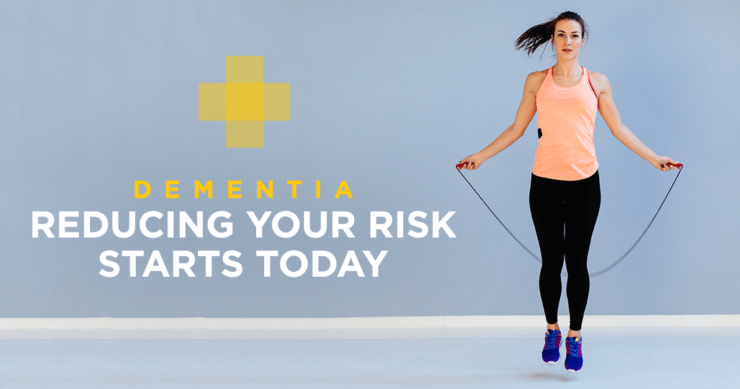 Despite countless hundreds of millions of dollars dedicated to seeking out a meaningful treatment for Alzheimer’s disease, as of the time of this writing the pharmaceutical promise of dealing with this epidemic remains unfulfilled.

So, if there is no meaningful treatment, it would seem sensible to focus on how Alzheimer’s disease and other forms of dementia could be prevented in the first place.

There has been quite a bit of research publication as of late that signals exercise as a potent lifestyle choice associated with reducing the risk of developing Alzheimer’s disease. Adding to this important discussion is a new study just published in the journal Neurology,  Midlife Cardiovascular Fitness and Dementia.

The study is really a very compelling piece of work. Researchers actually began collecting data back in 1968 and followed a group of women for as long as 44 years. At the beginning of the study, they examined the 191 women, aged 38 to 60 years, by having them perform an ergometer cycling test designed to test their level of cardiovascular fitness. Thereafter, the women were evaluated multiple times to determine if they had developed dementia. These evaluations occurred in 1974, 1980, 1992, 2000, 2005, and 2009.

All of the results were compared to the women in the medium fitness category. What the researchers discovered was that, compared to the individuals in medium fitness, risk for all-cause dementia was lower by 88% in those who had a high level of fitness at the beginning of the study, while it was actually increased by 41% in those with low fitness. In addition, high fitness was associated with a delay in the age of onset of dementia by 9.5 years, in comparison to the group in the medium fitness range.

Now let’s take a look at what this information looks like graphically. This first figure compares the incidence of dementia in the various groups of fitness categories by percentage incidence. The graph indicates what percentage in each category went on to develop any form of dementia. The results are certainly obvious and breathtaking: 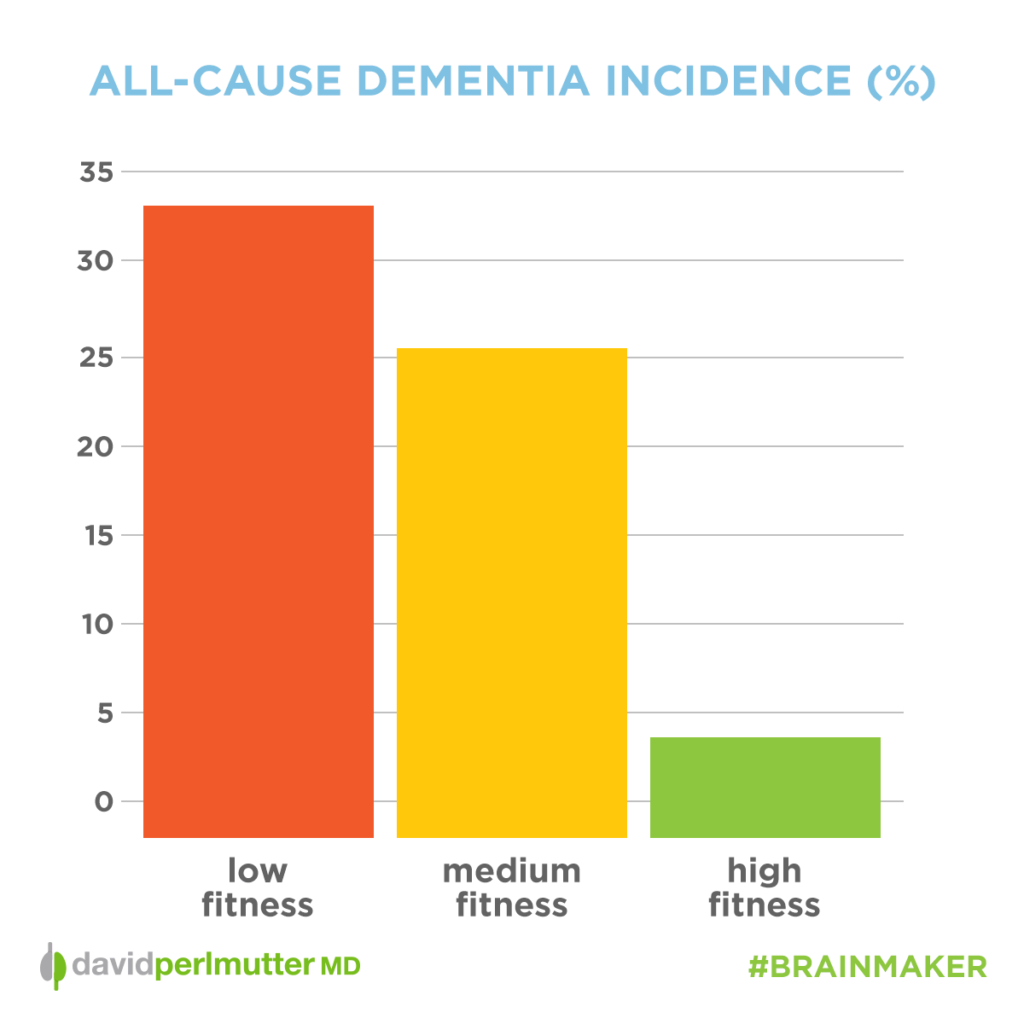 The next graph is similar, but deals specifically with Alzheimer’s disease: 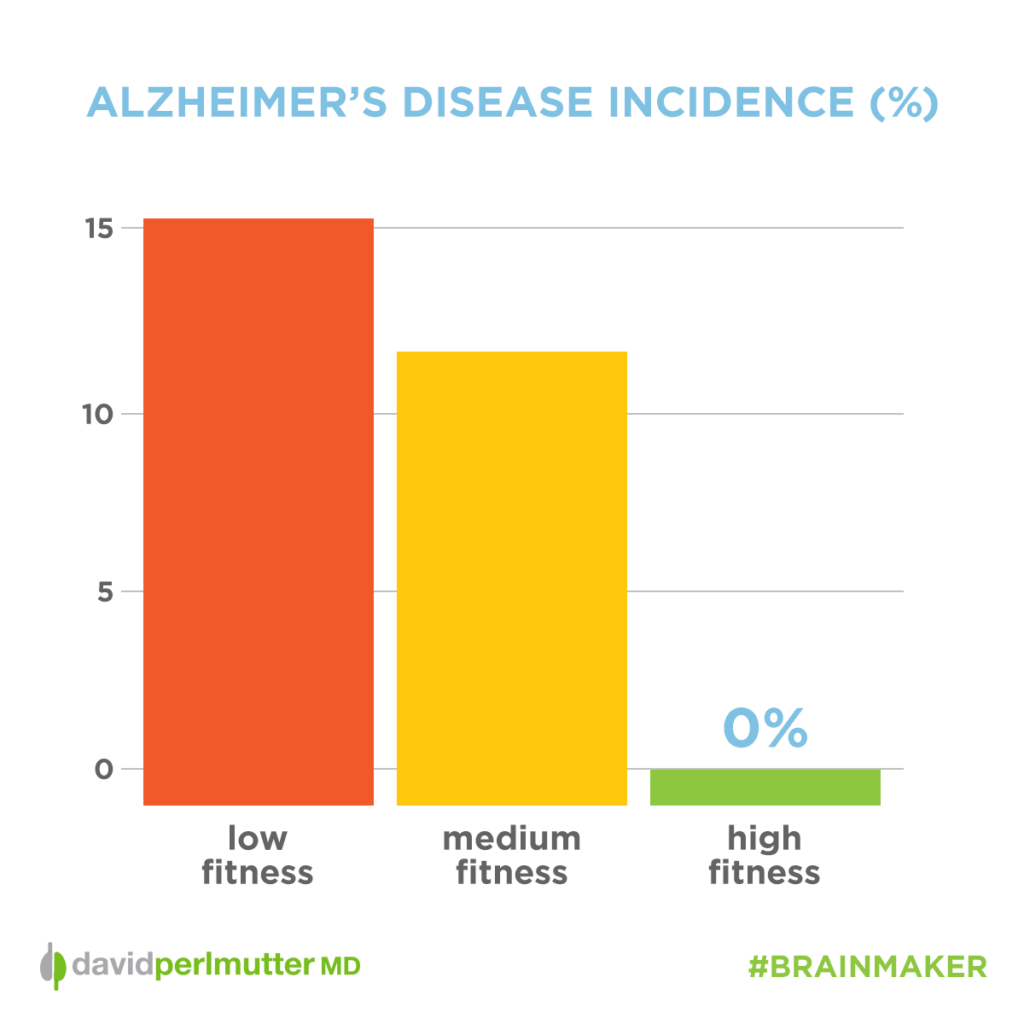 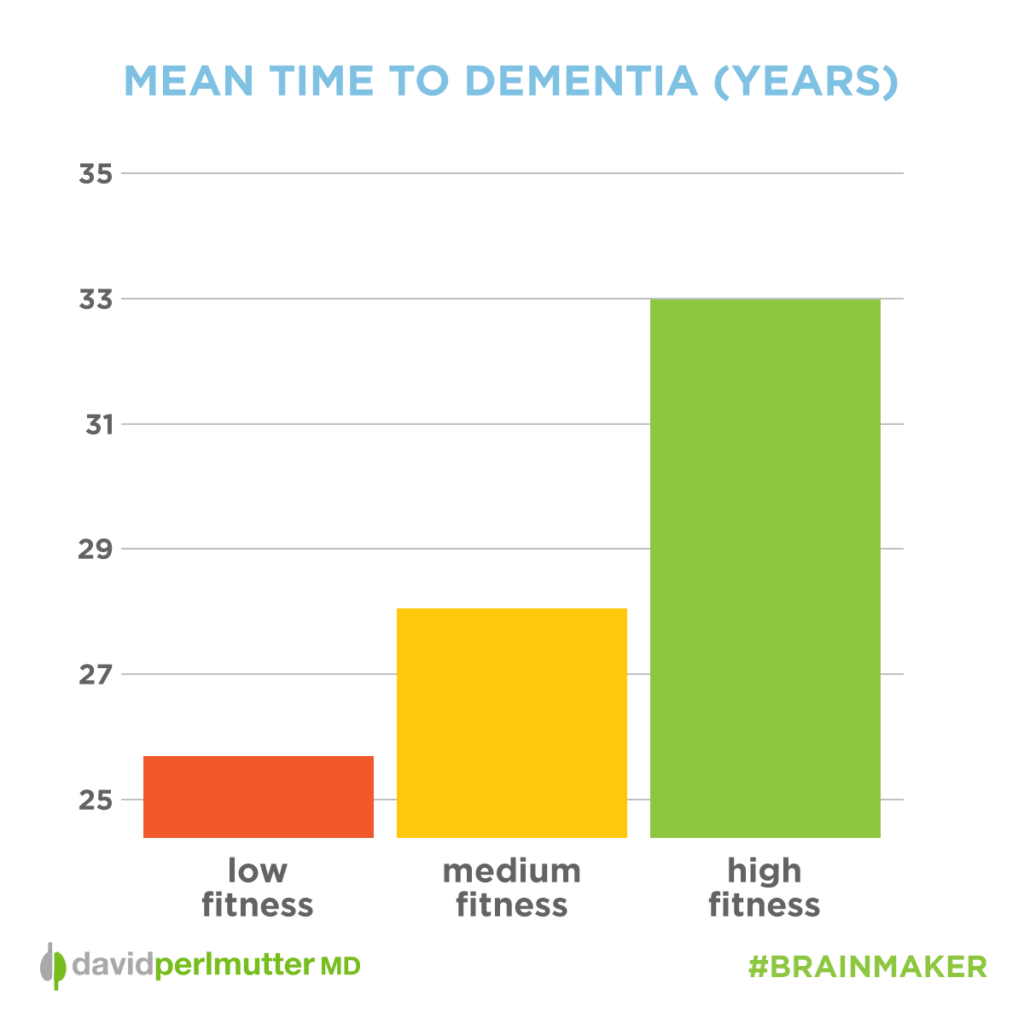 At the conclusion of the study, the authors indicated that there appears to be a strong relationship between cardiovascular fitness and risk for dementia. However, they cautioned that this is a study that only demonstrates a correlation, not causality. That means that they were able to demonstrate that there seems to be a powerful correlation between mid-life physical fitness and reduced risk for brain decline many years later.

Yes, this is a correlative study. I, however, feel very comfortable in taking the liberty of making the recommendation for people to concentrate on improving their cardiovascular fitness today. Think about it. The only studies that are used to justify the recommendation to wear your seatbelt in a car are also correlative. No one has done a study in which half the participants did not wear their seatbelts while the other half did, and then the cars were crashed into a pole to determine if in fact recommending seatbelt use was justified.

This important study reveals powerful support for the connection between cognitive fitness tomorrow and cardiovascular fitness today. My hope is that it offers you further encouragement. Visit our focus area to learn more about Alzheimer’s and dementia.