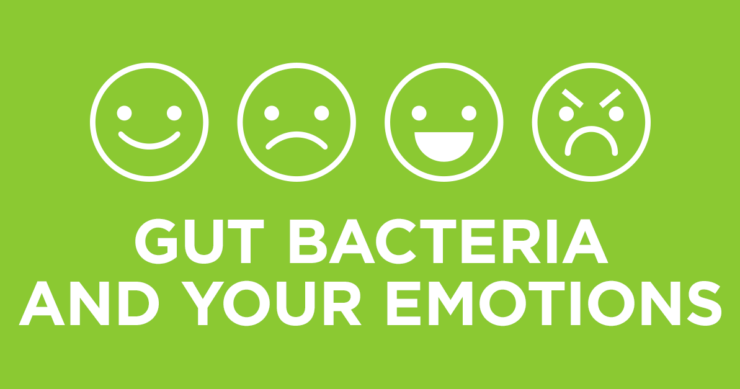 In a challenge to our narcissism, a new report in the journal Gastroenterology, reveals that our gut bacteria may actually be playing an important role in our emotional responses. Dr. Kirsten Tillisch, associate professor at the Oppenheimer Family Center for Neurobiology of Stress, David Geffen School of Medicine at the University of California recently completed a study in which she performed functional brain imaging studies on 36 healthy women. The participants were divided into three groups. One group received a placebo while another received a milk product, with the third group receiving a milk product which was fermented and contained various probiotics species.

At the beginning of the study each of the participants underwent an fMRI study of the brain which measured both resting brain activity as well as how the brain responded to an emotional event such as seeing pictures of angry or scared people.

There was a dramatic difference after four weeks in how those individuals who received the probiotics milk product responded in terms of their brain activity when challenged by the emotion producing images in comparison to the group that received either the non-fermented milk product or the placebo. Dr. Tillisch, the lead author of the study stated:

This study is unique because it is the first to show an interaction between a probiotic and the brain in humans.

Dr. Cameron Meier, professor of medicine, physiology and psychiatry also at the David Geffen School of Medicine at UCLA commented on the study as reported in Medscape Medical News, stating:

The knowledge that signals are sent from the intestine to the brain and that they can be modulated by dietary changes is likely to lead to an expansion of research aimed at finding new strategies to prevent or treat digestive, mental and neurological disorders.

This is a very important study, revealing that indeed changes in gut bacteria can have a profound role in determining how the brain interprets the environment. It is noted that the gut microorganisms of a laboratory rats can be manipulated, causing that animal to become either timid or aggressive. This line of information has profound implications in terms of our modern diet as well as our generally aggressive over usage of antibiotics. Dietary changes and other events that lead to alterations in the gut bacteria may explain, for example, the increased rates of depression and anxiety and even issues with attention deficit that are also common in modern Western societies.