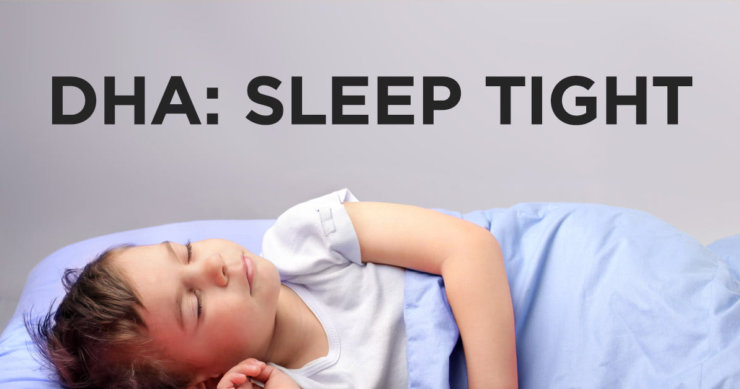 Sleep disorders in the pediatric population are common, occurring in as much as 30-40% of children. When children don’t sleep well, it sets the stage for a variety of other problems including poor general health, fatigue, declining school performance, depression, behavioral issues and weight gain.

A new study reveals an intriguing finding that explains not only what causes some children to struggle with sleep, but more importantly, what might well provide a safe remedy for the problem.

British researchers publishing in the Journal of Sleep Research evaluated the sleep patterns of 395 children aged 7-9 years. In addition, they performed a blood analysis on these children to measure their levels of DHA, an omega-3 fatty acid.

As had been reported in earlier studies, the number of children having trouble with sleep was a remarkable 40%. When the researchers looked specifically at the measurements of total nightly sleep, they discovered a correlation with blood DHA levels. Lower levels of DHA correlated with a reduction in the length of time children were sleeping while higher blood DHA levels were associated with significantly better sleep.

To test whether or not sleep could be improved by raising DHA levels, the researchers administered DHA (derived from marine algae) or a placebo to a smaller number of children for 16 weeks. These children were then evaluated in terms of their sleep performance using a sophisticated technique called actigraphy that provides an in depth analysis of such parameters as length of sleep, number of night-wakings, and even the actual quality of sleep.

The study revealed that those children getting the DHA showed not only better quality of sleep, but significantly fewer and shorter night-wakings and an increase in sleep duration by an impressive 58 minutes, when compared to the children receiving the placebo.

How DHA directly relates to sleep in children remains unknown, but in discussing their findings, the authors of this study speculated that the correlation between DHA and sleep in children may be related to the relationship between DHA levels in the brain and the production of the hormone melatonin which is known to play an important role in sleep regulation.

Adequate restorative sleep is a fundamental requirement for healthy brain function. This new report provides some valuable information not only regarding what may be leading to sleep disturbances in children, but more importantly, what can be done to help children gain the rest they desperately need.