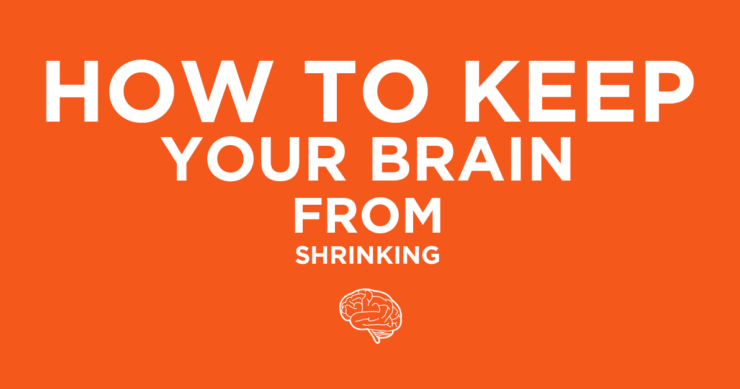 DHA is an omega-3 fatty acid that plays a central role in brain health. As I have discussed before, one of the key factors that correlates levels of DHA to brain health and disease resistance is DHA’s ability to turn on the brains “growth hormone” called BDNF.

In this report, from the Easton Center for Alzheimer’s Disease Research, researchers evaluated the level of DHA in red blood cells in a group of over 1500 men and women aged 67 ± 9 years who were dementia free . The study then measured the size of their brains, and evaluated their brains by doing MRI scans to look for small strokes. In addition, the subjects underwent a variety of cognitive assessments.

DHA not only turns on the growth of new brain cells, but offers protection for existing brain cells while it enhances the ability one brain cell to connect to the next, A process called neuroplasticity. In addition, DHA is known to reduce the action of a particular enzyme, COX-2. Ultimately, this translates into DHA acting as an anti-inflammatory. This becomes quite significant when you recognize that inflammation is in fact a key player in both Alzheimer’s as well as Parkinson’s disease and, as a matter of fact, in virtually every other neurodegenerative condition for that matter.

DHA is a fundamental component of the Grain Brain Lifestyle, and with obviously very good reason. I generally recommend at least 800 mg of DHA for adults and oftentimes even more. DHA is available as a supplement derived from fish oils as well as from marine algae. There is DHA in krill oil but the amount of DHA in krill oil is only about 10% of that found in fish oil. Eating fatty fish (wild) is also a good source of DHA and clearly explains why fish is considered “brain food.”