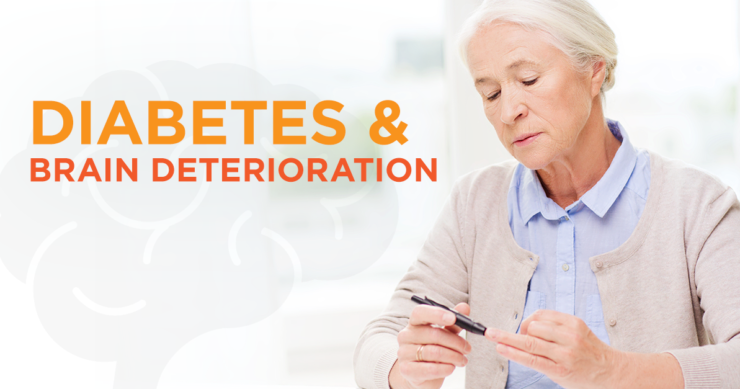 Over the past several years I have been writing about the detrimental effects of type 2 diabetes on brain health. For example, we’ve seen an extensive amount of research published that shows a strong relationship between even subtle elevations of blood sugar and future risk for Alzheimer’s disease. In addition, we know that elevation of blood sugar is related to a reduction in size of the brain’s memory center, the hippocampus. As it turns out, this reduction is correlated with both a decline in cognitive function as well as mood disorders.

In a new study, just published in the journal Diabetalogia (dedicated to reporting on issues related to diabetes), researchers studied 100 individuals who were in the early stages of type 2 diabetes. The group was divided in half, with 50 patients being overweight and the other 50 having normal weight. The subjects were all studied with MRI scans of their brains, as well as various tests of memory, planning, and reaction times. All of the results were compared to 50 healthy control subjects who did not have diabetes.

The results of this study were really quite telling. The diabetic patients demonstrated significant brain changes in multiple areas, in both the deep white matter as well as in the brain’s cortex. Furthermore, and I think most importantly, the detrimental brain changes were worse in the diabetics who were overweight.

This study again reinforces the fact that our lifestyle choices, including diet and exercise, which profoundly influenced both our risk for type 2 diabetes as well as weight gain, are far more than cosmetic considerations. Type 2 diabetes is associated with as much as a quadrupling of the risk for Alzheimer’s disease. And, according to the results of this study, adding obesity to the picture clearly seems to worsen the situation.

The actionable information here is that we’ve got to maintain a diet that’s lower in sugar and carbohydrates, welcome healthful fat back to the table, be sure we’re getting plenty of good prebiotic fiber, and, by all means, make sure that exercise is part of the plan, every day.