Diabetes and Risk for Cognitive Decline 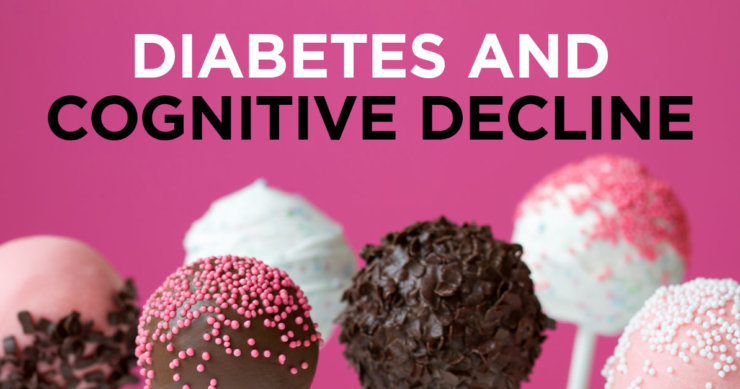 One of the most important concepts described in Grain Brain focuses on the fundamental role of elevated blood sugar as it relates to brain degeneration. We explored in-depth, scientific literature that demonstrates a significant increased risk for developing Alzheimer’s disease or dementia if a person carries a diagnosis of type II diabetes. This relationship was amplified recently by a study in the New England Journal of Medicine that demonstrated significantly increased risk for cognitive decline with mild elevations of blood sugar, well below levels that would indicate diabetes.

In a recent report, published in Clinical Interventions in Aging, Japanese researchers again solidified our knowledge base about the relationship between diabetes and cognitive decline. The report, “Type II Diabetes as a Risk Factor for  Cognitive Impairment: Current Insights“, focuses on not only statistics relating diabetes to cognitive decline, but also the mechanisms by which that happens.

The researchers describe a variety of factors relating type II diabetes to brain dysfunction including impaired neurogenesis which is the process by which we are able to grow new brain cells, specifically in the brains memory center, hippocampus. This is compromised in diabetes.

Blood brain barrier dysfunction is also noted to occur in diabetes. This sets the stage for entry of otherwise excluded proteins and even bacteria into the brain leading to nerve cell damage.

Diabetes is known to enhance inflammation, and inflammation is indeed a cornerstone of Alzheimer’s type dementia.

Hyperglycemia, describes an elevation of blood sugar, which has direct and toxic effects of brain cells, but also indirectly leads to damage by increasing both inflammation as well as free radical activity through the process of protein glycation, meaning proteins binding to sugar.

So again, a central theme of Grain Brain is to prevent becoming a diabetic at all cost. That means the diet should be one that is exquisitely low in sugar as well as carbohydrates. We emphasize physical activity, and eating a diet high in fiber based upon above ground vegetables.

These lifestyle recommendations fundamentally focus on regulation of blood sugar which this report clearly supports as playing a critical role in brain preservation.