Does Diet Really Affect the Brain? - Taking a Deeper Look

Does Diet Really Affect the Brain? 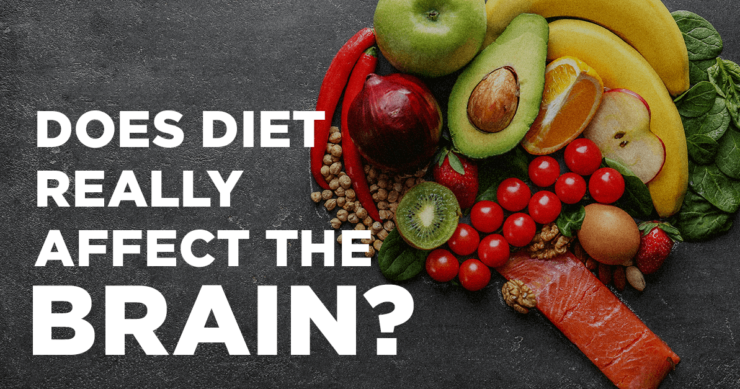 Over the years we’ve heard so much information about how diet affects things like heart attack risk, bone density, diabetes and blood sugar control, as well as, more recently, the brain.

We’ve known over the past decade that there does appear to be a relationship between consuming the so-called Mediterranean diet and lower risk for Alzheimer’s disease. But the question needs to be asked in terms of actual biomarkers that threaten the brain as to how diet relates to these harbingers of Alzheimer’s disease. And this was recently the stated objective of a study entitled Mediterranean Diet, Alzheimer Disease Biomarkers and Brain Atrophy in Old Age.

This is a fascinating study. The researchers evaluated 512 somewhat elderly individuals with an average age of 69.5 years. In this group there were 169 cognitively normal participants as well as subjects who were specifically at higher risk for Alzheimer’s disease including 53 with Alzheimer’s disease relatives, 209 with subjective cognitive impairment (meaning they felt their cognitive function wasn’t up to par), and another 81 with mild cognitive impairment, meaning that their cognitive function was evaluated and proven not to be appropriate for age.

The subjects were assessed by administering what is called a food frequency questionnaire – basically an inquiry as to the various foods that these individuals consumed. The results of this evaluation helped the researchers determine how close their diets were to the so-called Mediterranean diet. And from this information they calculated what was called the Mediterranean diet adherence score.

In addition, each of the subjects underwent an MRI scan of the brain, extensive neuropsychological evaluation, and examination of their cerebral spinal fluid (in 226 individuals) to look at things like the ratio of amyloid beta 42/40 and phosphorylated tau protein. Yes, these are technical terms, but they do correlate with Alzheimer’s disease risk.

What the researchers found was certainly quite interesting. Higher adherence to the Mediterranean diet was associated with larger amounts of gray matter in the medial temporal part of the brain (site of the hippocampus, the brain’s memory center), better memory, less amyloid, and less tau protein in comparison to those who were less involved in the Mediterranean diet. Interestingly, these relationships persisted even when the researchers corrected for the genetic status of the patient as it relates to the APOE-E4 allele. The APOE-E4 allele is associated with increased risk for Alzheimer’s. This is an important point because it means that the Mediterranean diet seemed to be associated with less Alzheimer’s risk regardless of whether or not the individuals carried this genetic risk marker.

The important conclusion of the study is that dietary choices matter a whole heck of a lot as it relates to the brain, and as it specifically relates to measurable risk markers for the development of Alzheimer’s disease, a disease for which there is no meaningful pharmaceutical treatment. And further, the impact of diet transcends risk that may be imparted by a genetic predisposition.

In conclusion, our study supports the view of the Mediterranean Diet as a protective lifestyle factor against AD-related neurodegeneration and memory impairment.

While it is not specifically clear what components of the Mediterranean diet are so protective for the brain, there are multiple attributes to be considered including the addition of various colorful vegetables, reduced sugar, and the availability of healthful fat. All these factors, and certainly others, may be contributing to the health benefits associated with this dietary approach.

But the overriding point is that this is really good science that highlights the relationship between our dietary choices and the fate of our brains.