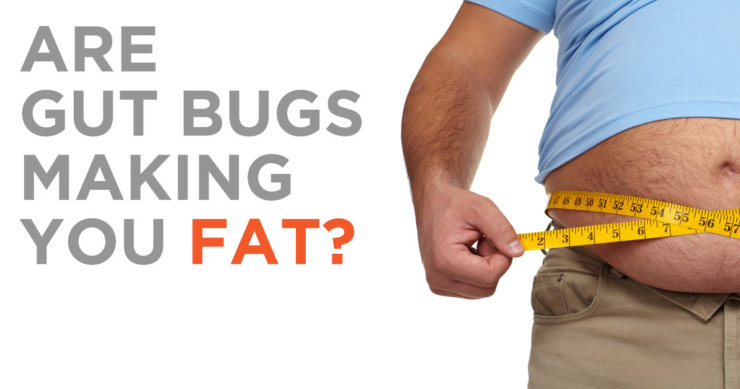 We are now learning that differences in the various species of bacteria that live within the intestines actually have a profound role in regulating metabolism. For example, researchers have demonstrated that when fecal material (rich in intestinal bacteria) from an obese human is transplanted into the colon of a normal laboratory rat, the animal will gain significant amounts of weight even though it’s diet remains unchanged.

One explanation for this phenomenon has to do with the idea that certain species of bacteria are actually able to extract more calories from food that is consumed. So transplanting these thrifty bacteria allows the animal to actually obtain a higher calorie delivery to its system, even though the diet wasn’t changed.

In fact, researchers have now characterized the complexion of the gut bacteria in humans associated with obesity in contrast to the gut bacteria found in lean individuals. Obese individuals have higher levels of one large class of bacteria called Firmicutes and lesser amounts of another large group, the Bacteroidetes bacteria. The reverse is true, by and large, in those who are lean.

The big question that has been on the minds of researchers who deal with this area of science is whether or not fecal transplantation from an overweight person to one who is lean would induce weight gain.

In a new report published in Open Forum Infectious Diseases, researchers reported the case of a lean 32-year-old woman who develop a life threatening infection of the gut caused by the organism C. difficile. As it turns out, the most effective treatment for this illness is a fecal microbial transplant (FMT), a procedure that involves taking fecal material from a healthy donor and transplanting this material into the colon of the patient suffering from the C. difficile infection. And this is how this patient was treated.

In this case report, it was revealed that after 16 months, the woman who had received the FMT experienced a weight gain of 34 pounds. Her body mass index increased dramatically, going from 26 to 34.5, well over the threshold for being defined as obese. Dr. Colleen R Kelly, author of the case report, stated:

We’re questioning whether there was something in the fecal transplant, whether some of those “good bacteria” we transferred may have had an impact on her metabolism in a negative way.

This is indeed a fascinating bit of information. FMT has proven itself to be the most effective treatment for C. diff infection, an illness that affects tens of thousands of Americans, often actually caused by antibiotic administration.

Moving forward, we are now seeing research studies employing the use of FMT for the treatment of other illnesses such as inflammatory conditions of the bowel and autoimmune diseases. Generally, donors of fecal material for this procedure are screened for communicable diseases like HIV or hepatitis. Based upon the results of the study described above, it would seem appropriate to reconsider the use of donor material from obese individuals even though they may otherwise qualify.

But beyond these considerations, what did this case report truly brings to our attention is the profound role of gut bacteria in modulating our health. Obesity is associated with increased risk of any number of serious medical conditions from diabetes to cognitive decline, and we now I understand that issues related to dietary choices can induce the exact change in the gut bacteria correlated to obesity, and you will learn specifically how to nurture healthy gut bacteria through food choices and other lifestyle factors in Brain Maker: The Power of Gut Microbes to Heal and Protect Your Brain–for Life.