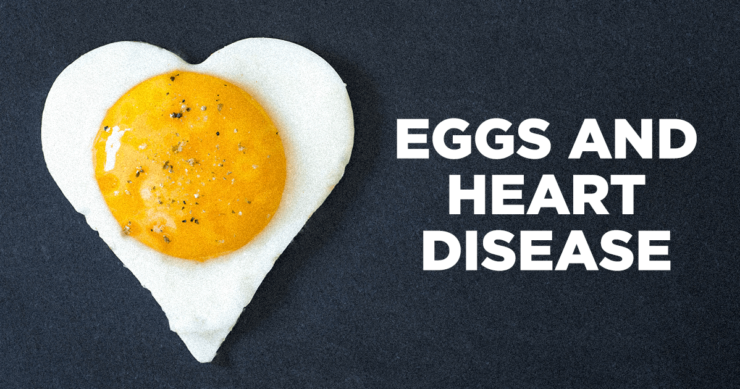 I have to shake my head when I still see “egg white omelet” on the breakfast menu at restaurants. Gone are the days when I would ask the waiter or manager why this was offered. Over time I realized that it wasn’t their fault. They were simply parroting the standard dogma that eggs were bad for your heart – especially the yolks with their high levels of “artery-clogging cholesterol” and all.

For decades, we were instructed that dietary fat was virtually kryptonite. And of all the dietary fats we might consume, cholesterol was by far the biggest threat.

But times have certainly changed. We now fully embrace that eating “healthful fat” (a term that would have been considered oxymoronic just a few years ago) is not only beneficial but essential for health. The key qualifier of course being the term “healthful.” There are still plenty of fats being sold at grocery stores that clearly threaten health and wellness.

Eggs contain cholesterol, gratefully. While egg consumption generally has no effect on total cholesterol levels, it consistently raises HDL, so called “good cholesterol.” And this may help explain why there is actually no evidence that egg consumption increases risk for cardiovascular disease.

The study points out that the 2015 – 2020 Dietary Guidelines for Americans actually went so far as to remove the recommendations for restricting dietary cholesterol to 300 mg/day. This says a lot.

In arguing in favor of including eggs in moderation as part of a good diet, Soliman concludes by stating:

Considering that eggs are affordable and nutrient-dense food items, containing high-quality protein with minimal saturated fatty acids (1.56 gm/egg) and are rich in several micronutrients including vitamins and minerals, it would be worthwhile to include eggs in moderation as a part of a healthy eating pattern. This recommendation is particularly relevant when individual’s intakes of nutrients are suboptimal, or with limited income and food access, and to help ensure dietary intake of sufficient nutrients in growing children and older adults.

Finally, while there is no correlation between dietary cholesterol and cardiovascular disease, it is to be noted that there may indeed be a correlation when discussing patients with underlying diabetes. This is still being explored. But by and large, it’s probably time to take the egg white omelet off the menu.