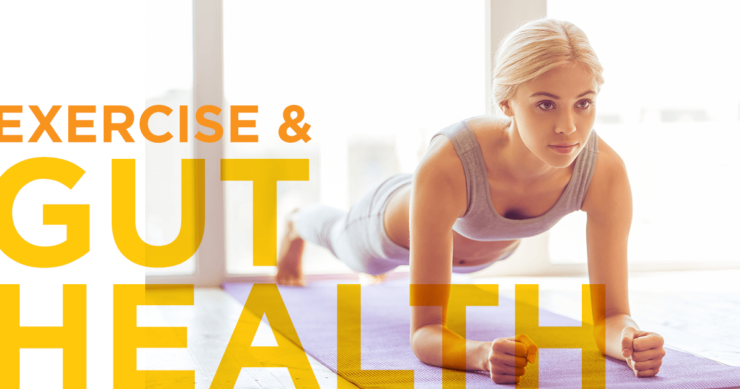 Exercise is a healthy choice no matter how you choose to look at it. Research demonstrating the importance of exercise for cardiovascular health dates back at least four decades. Even more recent research shows how important exercise is for not only brain function, but even in terms of reducing dementia risk.

The importance of gut health, and specifically healthy gut bacteria, has really taken center stage in terms of it’s wide ranging effects on overall health and disease resistance. Relevant to today’s blog post, we are now seeing research that adds gut health to the list of benefits associated with physical exercise.

Back in 2014, Irish researchers demonstrated a significant association between physical activity and important positive changes not only in diversity of the gut bacteria, but also in the various metabolic products that these bacteria produce. The researchers studied professional athletes in comparison to a control population and found that the athletes showed a much higher diversity of gut organisms. This is of extreme importance in that we now recognize that higher levels of diversity of organisms in the gut translates to a variety of health advantages. The authors of this study recognized its importance, but in addition indicated that what would be much more powerful would be an actual interventional study in which exercising individuals would be compared to more sedentary folks.

In 2016, an important study was published by Canadian researchers. This interesting report demonstrates a relationship between cardiovascular fitness and, again, diversity of gut organisms. In addition, they were able to relate higher levels of cardiorespiratory fitness with the intestinal bacteria’s ability to produce an important metabolic product, butyrate. We know that butyrate is an important short chain fatty acid for maintaining the health of the gut in general, and more specifically, to help maintain the integrity of the gut lining.

To be sure, this study did not indicate that if you spend time on the treadmill and get yourself into better cardiorespiratory fitness, that you will necessarily have a healthier gut. I would indicate, however, that I do believe there is a strong connection in terms of exercise changing, in a positive way, the health of the gut.

In fact, in a 2017 study, researchers at the University of Illinois showed that over a six week period of time, individuals engaged in an endurance exercise demonstrated very positive changes in terms of the composition of the gut bacteria as well as the favorable products that those bacteria produced.

Interestingly, these positive changes seem to be much more associated with exercise in lean individuals and were fairly rapidly reduced when exercise was discontinued. As the authors stated:

These findings suggest that exercise training induces compositional and functional changes in the human gut microbiota that are dependent on obesity status, independent of diet and contingent on the sustainment of exercise.

So I think it’s quite clear that exercise, primarily of the aerobic type, brings significant positive changes to gut organisms, and improves their functionality. The research indicates that these changes are more pronounced in lean individuals and that the benefits seem to disappear once exercise has been discontinued. Also, it looks as if up to 60 minutes of aerobic exercise per day is most effective in terms of making these positive changes.

To learn more about the health benefits of exercise, visit our exercise focus area.