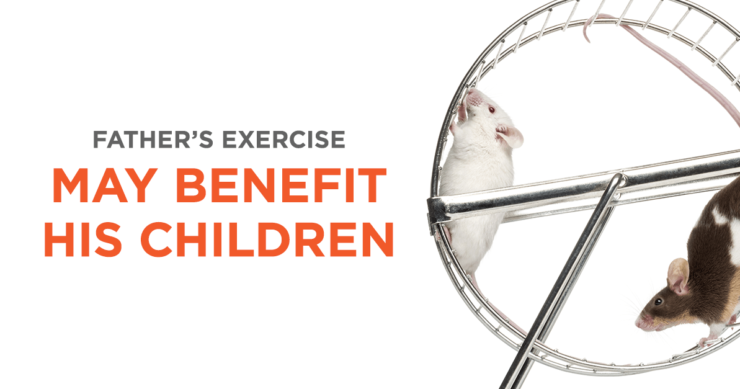 We’re always taught to set a good example for our children, but what if your decision to exercise influenced the health of your future offspring? A recently published study in the journal Diabetes looked at this very question.

Studies show maternal obesity, poor nutrition and exposure to toxins, like cigarettes smoke, may impact a child’s health. We tell women to avoid alcohol when pregnant and restrict certain medications when couples are planning to conceive because of these effects. However, we’ve not seen much evidence that parental exercising changes the health of their children. This study provides some of the first data suggesting their could very well be an impact.

While the mechanism of this effect is not yet fully understood, the scientists performing this study theorize that small RNA molecules in sperm may play a role. It’s important to note that while the data presented are easy to generalize, this is one study performed only in mice, and the human relevance remains to be determined. Regardless, it remains a fascinating discovery that the effects of something as simple as exercise may change the health of our children.