If You Want To Lower Your Risk For Parkinson's, Drop The Cookie - David Perlmutter M.D.

If You Want To Lower Your Risk For Parkinson’s, Drop The Cookie 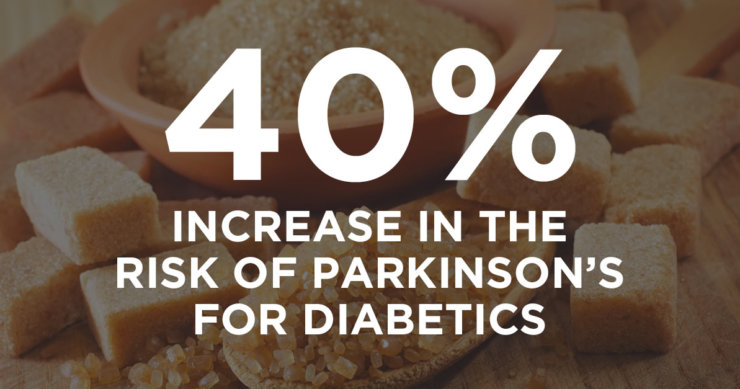 We are hearing more and more about Parkinson’s disease, Especially lately after the death of Robin Williams. It has been estimated that as many as 1 million Americans now carry this diagnosis, And to put it into perspective, this is a number that is larger than the combined number of people suffering from multiple sclerosis, muscular dystrophy, and ALS.

Having said that, it makes very good sense therefore, to explore the notion of prevention as it relates to Parkinson’s disease. It is in this context that we take a look at a recent publication in the journal, Diabetes Care. In this report, 1565 Parkinson’s patients were evaluated and it was determined that the risk of developing Parkinson’s disease was an astounding 40% higher among diabetic patients compared to those without diabetes.

Rates of diabetes in America and other Western countries are expanding fairly dramatically. Interestingly, there seems to be a parallel in terms of increased incidence of Parkinson’s disease as well. It has been estimated that approximately 10% of middle-aged adults and 20% of elderly individuals in United States currently have diabetes, which, as I have previously indicated, doubles the risk of Alzheimer’s disease. If that is not enough to convince a person to reduce sugar and carbohydrate consumption, this new report, demonstrating a 40% increased risk of developing Parkinson’s disease, certainly strengthens the argument in favor of that dietary recommendation.

To be clear, this high-level research study appeared in a well-respected, peer-reviewed medical journal. And I would suspect hardly anyone was made aware of this important correlation. It is so unfortunate that this information is not the stuff of the evening news. Rather, the message we get is to be much eat whatever you want, and when things start to go awry, there will certainly be pharmaceutical fix for whatever problem arises.

But there is no treatment for Alzheimer’s disease or for Parkinson’s disease. With reference to the latter, while some pharmaceutical therapies help symptoms, nonetheless the disease is progressive as it is with the former. The risk of both of these diseases is significantly increased in diabetics. By and large type II diabetes relates to dietary choices and as such, the empowering part of this story is that dietary choices that reduce risk for diabetes will clearly have a favorable impact in terms of reducing a person’s risk for Alzheimer’s disease, Parkinson’s, as well as various other degenerative conditions including coronary artery disease and even cancer.