5 Things We've Learned Since The Release of Grain Brain

5 Things We’ve Learned Since The Release of Grain Brain 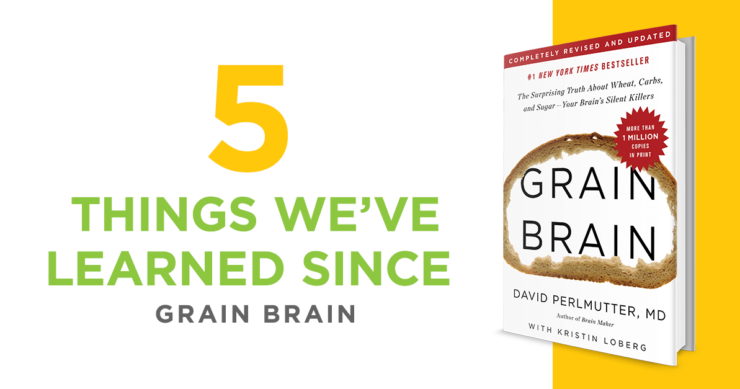 Five years ago today, we embarked on an incredible journey. Together, we sought to understand the roots of brain health, and how we can help fend off ailments like dementia and Alzheimer’s, diseases for which there are no known cures. This journey began with the release of Grain Brain.

In the five years since, science has continued to investigate the roles carbs and gluten play in our health, and our message has moved to the mainstream. As a result, the information in Grain Brain is now accompanied by ongoing changes and revelations in the world of medicine. Today, I want to share with you the five most interesting things I’ve learned/seen since Grain Brain hit shelves.

Some incredible stuff. I can’t wait to see where the next five years, and beyond, take us. Thank you for joining me on this adventure, and I look forward to continuing this discovery right along with you.

(And consider adding the revised and updated edition of Grain Brain to your shelf today!)

Something You Should Buy for Better Brain Energetics
6 Ways to Build Connection Into Your Day
“Actually, he may have a point.”