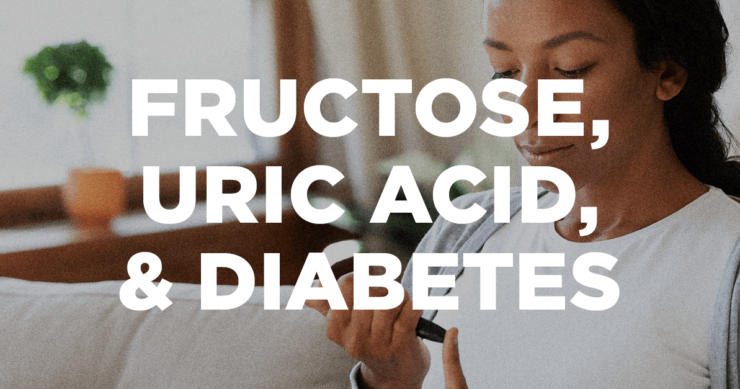 Over the past 100 years there has been a dramatic rise in two important health-related metrics: the incidence of type-2 diabetes and the consumption of fructose, and sugar in general. What bears exploring is how these two observations are related.

First, let’s take a look at diabetes and unpack the science. In type-2 diabetes, a person’s ability to control blood sugar (glucose) is dysfunctional. Under normal, non-diabetic circumstances when blood sugar elevates after a meal insulin is secreted by the pancreas as a response. This insulin is makes its way through the blood vessels and activates a specific receptor, mostly involving muscle cells, that allows blood sugar to be taken up into the cell where it is converted to a storage form called glycogen. The fact that the blood sugar enters the cell explains how the blood sugar is lowered and a healthy balance is achieved.

The pivot point of this entire process is the activation of the specific receptor on the muscle cell that opens the door for glucose to enter. And this activation requires two events. First, insulin has to be present. And second, the cell has to be responsive or “sensitive” to insulin.

When cells begin to lose their sensitivity to insulin, this characterizes what is termed “insulin resistance.” And in this situation, muscle cells (primarily) are less able to incorporate glucose. As such, more glucose remains in the bloodstream where it is measured. Ultimately, this process paves the way for blood sugar elevation to levels where a diagnosis of diabetes is made.

So it becomes clear that our main goal in maintaining normal blood sugar values is to preserve insulin sensitivity. And for so many years, because of the understanding of the glucose – insulin relationship, there was unfortunate messaging to the public that somehow fructose, because it does not require insulin for its metabolism, was somehow a “safer sugar” especially for diabetics. To say that this information was misguided is being kind. It was much worse and has had devastating consequences for so many.

Fructose, while not directly requiring insulin for its metabolism, has now become strongly linked with insulin resistance through multiple mechanisms.

Fructose is the most widely used sweetener, added to the more that 60% of America’s grocery store foods. Its also makes up 50% of so called “table sugar” or sucrose. So there’s plenty of opportunity these days to expose ourselves to fructose sugar.

The metabolism of fructose leads to the production of uric acid. And it is this end product, uric acid, that is in many ways why fructose consumption is such a powerful health threat. Uric acid directly compromises the delivery of insulin to muscle cells and this elevates blood sugar.

Uric acid reduces activation of the all important metabolic regulator, AMPK, leading to increased glucose production and fat accumulation, both of which threaten insulin’s ability to do its work. And this was first revealed back in 2013 in a study entitled: Sugar, Uric Acid, and the Etiology of Diabetes and Obesity, published in the journal, Perspectives in Diabetes.

We want to do whatever we can to preserve the function of AMPK, especially when it is threatened by higher levels of uric acid. In fact, stimulating AMPK is the precise mechanism by which the popular diabetes drug, metformin, helps keep blood sugar in check. And early results from research in humans are now showing better glucose control with the use of pharmaceutical intervention specifically targeting uric acid.

But we have powerful tools to bring uric acid under control, today, that don’t involve a prescription. These include:

In addition, supplements including quercetin and vitamin C are well studies as it relates  their ability to drop uric acid. And you will be learning so much more about this science in my new book, Drop Acid, not just about how uric acid can be normalized, but how you can easily determine and follow your values.

In this context, doing our best to drop acid may well pave the way for substantially better metabolic health.