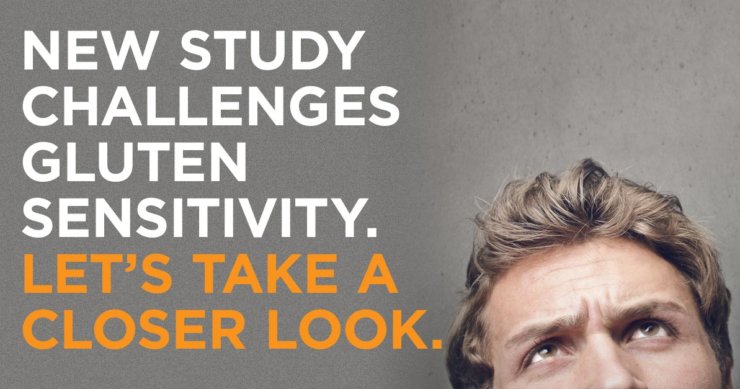 The prevalence of gluten sensitivity has been the subject of lively debate over the past several years with some researchers indicating that as many as 30% of us have a bona fide reaction to gluten and even more recent science indicating that in fact, all humans have some degree of gluten sensitivity. But that was until a recent massive Australian study was published in the journal Gastoenterology.

This new research has captivated the press as it has been manipulated to send a message that in reality, gluten sensitivity doesn’t actually exist, and that the reactions people may have to consuming gluten containing products may well have to do with other components of the foods called FODMAPS – a group of poorly absorbed carbohydrates.

I recently had the opportunity to appear on a National Public Radio interview in which several “gluten experts” were also interviewed. Sure enough, this study, calling into question the whole notion of gluten sensitivity was debated. In fact, one of the authors of this highly comprehensive study was also a guest on the program.

He began by revealing to the radio audience that his earlier research had clearly recognized gluten exposure as a risk for illness in some humans. But he went on to say that now, his newer research showed contradictory results. “Unless a person has celiac disease, there is no reason to avoid consuming gluten. After all, it was wheat cultivation that allowed the development of our modern culture,” he explained.

Fortunately, prior to the program I had the opportunity to review his study. And what I found, was that this “gamechanging research” actually involved only 37 subjects! Moreover, it only looked at one complaint – gastrointestinal distress.

We recognize based upon research involving much larger groups of individuals and looking at issues well beyond the gut, that gluten sensitivity is certainly a real entity. For example, the work of British researcher Dr. Marios Hadjivassiliou has well demonstrated that gluten sensitivity issues may lead to neurological symptoms, for example, even without bowel complaints. And this has now been confirmed by other well-respected researchers. As Dr. Hadjivassiliou stated when discussing these neurological issues:

Whilst the debate continues, we owe it to our patients to screen them effectively for gluten sensitivity with the simple widely available antigliadin antibody test so that we do not in the meantime deprive them of a harmless but potentially effective treatment in the form of a gluten-free diet.

Even more compelling is the fact that the very researcher who denied the existence of gluten sensitivity has just recently published a report that begins by stating:

I found this puzzling and certainly contradictory. So I decided to inspect the new report even further. I just couldn’t understand why well-respected researchers who had published solid science demonstrating, for example, that gluten could be related to diabetes, would suddenly do an about face and write a report giving the impression that unless a person has celiac disease, they should go ahead and not worry about eating gluten containing foods.

It was then that I discovered that the funding for this research was provided by a company called George Weston Foods as you will see at the bottom of the report. I encourage you to look at their web site. There you will find that George Weston Foods is one of Australia’s and New Zealand’s largest purveyors of breads, pastas, cakes, and a host of other gluten containing foods.

One can only imagine the funding that went in to the PR campaign surrounding this report. Think of it. When was the last time a tiny obscure study involving a mere 37 participants received such attention?