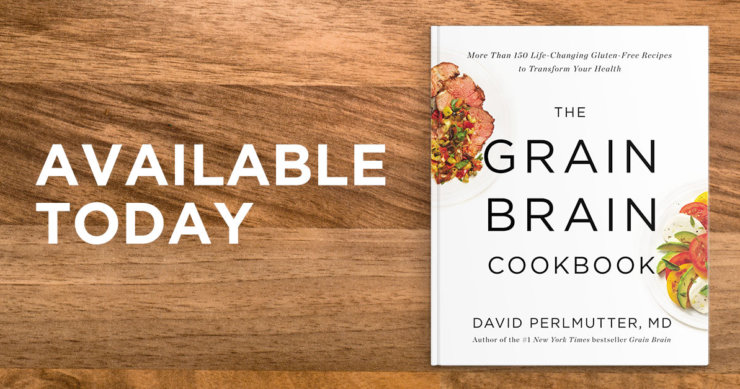 Years ago, if someone would have suggested that I would someday write a cookbook, I would have scoffed at the notion. After all, my training in neurology focused on identifying diseases and utilizing pharmaceutical interventions in hopes of improving a patient’s health.

In fact, in my early years of practicing neurology, this is pretty much what I did. Nevertheless, I always found myself to be a little bit out of step with my peers in terms of how we approached patient care. Ultimately, I became extremely frustrated by this somewhat myopic approach, focusing almost exclusively on treating symptoms, while the cause of various diseases we were trying to treat remained off-limits to discussion, and even exploration.

The brain remained the last bastion of the dogma that lifestyle issues don’t matter when it comes to health. Over the past several decades the idea of a “heart smart diet” became very mainstream. Women were told to eat calcium rich foods as a way to stave off osteoporosis. But until very recently, brain health and brain diseases were not included in the lifestyle conversation.

How things have changed. We now fully recognize that the brain may in fact be the most sensitive organ in the body to our lifestyle choices including the foods we eat, the supplements we take, the exercise we get or don’t get, our sleeping patterns, and even our level of stress.

So it is that I wrote Grain Brain. The mission of Grain Brain was and is to bring to light the science that supports the powerful role of lifestyle choices, including the food a person chooses to eat, in terms of determining the brain’s destiny. And as things played out, it has become very clear that the world has been not only receptive to this information, but actually desperate to have it. Grain Brain Is now being published in 27 countries worldwide and is in its 17th printing.

As I described in Grain Brain, carbohydrates and gluten represent powerful toxins for the brain. And over the past year while our readers have embraced this information, the big question I’ve been asked time and time again has been, “how does a person prepare meals that conform to the low carb gluten-free model and yet are satisfying, profoundly nutritious, and awesome in the taste department?”

Over the years I have been surprised and humbled by the notion that providing nutritional information is by far and away the most powerful medical modality for me as a brain specialist. That said, it basically means that we have come full circle in our understanding of health and disease. Indeed as Hippocrates stated over 2000 years ago, “Let food be thy medicine and medicine be thy food.”

So it is with great honor and excitement that we are releasing the Grain Brain Cookbook today. Moving forward I know that each of you will be eating well, and paving the way for optimal health.