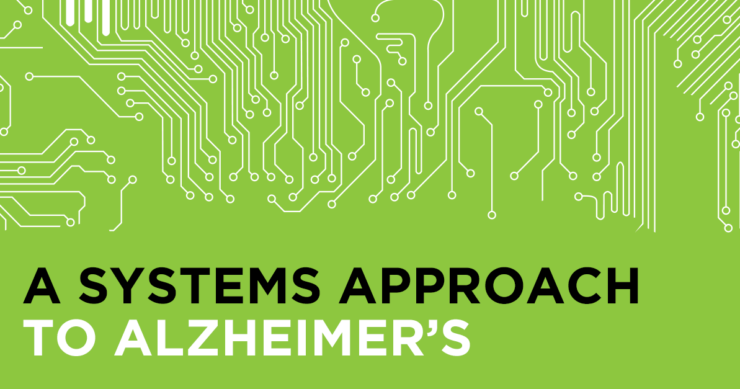 Last month I had the great honor to serve as program chairman for an integrative brain symposium held in Hollywood, Florida. What was so exciting for me was the fact that I was given the opportunity to invite some of our most well-respected thought leaders in the field of brain science to lecture on their research.

One of our esteemed presenters was Dale E. Bredesen, M.D., an Alzheimer’s researcher at the Mary S. Easton Center for Alzheimer’s Disease Research at UCLA. Dr. Bredesen provided a unique assessment of the current approaches to dealing with Alzheimer’s disease. It was very clear from his presentation that the idea of focusing on a single drug or single intervention was simply not going to be appropriate if we are ever going to be able to offer up any meaningful therapy for the more than 5.4 million Americans who are afflicted with this devastating condition.

Dr. Bredesen described a “systems approach” to dealing with Alzheimer’s disease, looking at a variety of factors that seem to conspire, ultimately leading to brain degeneration that we know recognize as representing this disease. Using his approach which he termed, “systems therapeutics,” which integrates a variety of parameters, he has actually been able to reverse cognitive decline in this devastating condition.

In fact, he was able to demonstrate improvement in nine of 10 participants utilizing this comprehensive multimodality approach. What is so profound about these findings is that this is the first time that there has been a demonstration that memory loss in patients may be reversed, and, the improvement may in fact be sustained.

Obviously, I was very excited to hear his presentation as basically he was describing the Grain Brain program. These are the exact concepts I presented in Grain Brain and completely supports all of the recipes found in The Grain Brain Cookbook.

While the research is certainly quite technical, I would encourage you to read the study and pay particular attention to page 5 in which the protocol is described.

Think about it, interventional research for the first time demonstrating actual improvement in brain function by addressing various factors known to be profoundly influential in determining whether the brain functions well or not. This is very empowering information and certainly runs counter to the mentality of “one disease one pill.”

And how validating it is that such well-respected science has demonstrated that the recommendations in Grain Brain, beyond just reducing risk for brain degeneration are now shown to actually improve brain function in those who are already compromised.