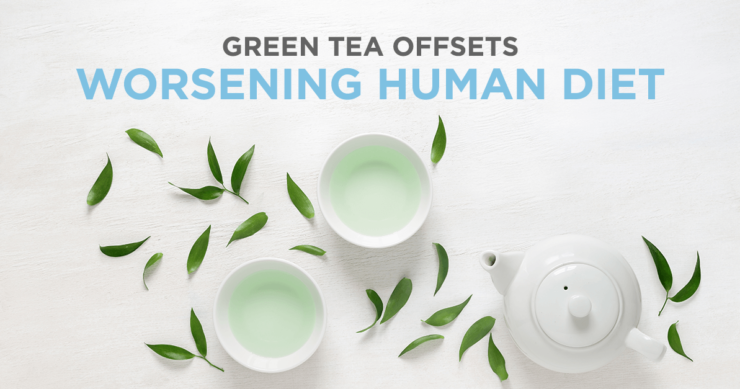 So much has been written over the years extolling the health benefits of green tea. Green tea has been reported to be effective for weight loss, antioxidant effects, reducing risk of cancer, protecting the brain from Parkinson’s disease and Alzheimer’s, reducing risk of heart attack, and even for helping a person live longer. As it turns out, there is a fair amount of validation supporting many of these health claims. In fact, as it relates to living longer, one very extensive Japanese study involving 40,000+ adults over 11 years, shows that those individuals who drank 5 cups of green tea or more each day saw their risk of death reduced by 23%, for women, and 12%, for men.

As you might expect, I am especially interested in research related to brain health and functionality. As such, I was extremely interested in a recent publication that evaluated one component in green tea that shows high biological activity. The chemical, epigallocatechin-3-galate, better known as EGCG, has been long known as being one of green tea’s components most responsible for its reported health benefits.The report begins by drawing attention to the fact that obesity, an international epidemic, increases the risk of insulin resistance as well as age–related cognitive decline. The researchers designed a study to evaluate the protective effects of EGCG in terms of the development of insulin resistance and memory impairment in laboratory animals with a high-fat, high fructose diet.

The researchers demonstrated that the green tea component, EGCG, has a dramatic ability to reduce insulin resistance as well as cognitive changes that were otherwise seen in the laboratory animals on this specific diet. Interestingly, they found that in the group receiving EGCG there was a robust increase in the action of BDNF. BDNF, as we have discussed previously, is associated with the growth of new brain cells, protection of brain cells, and even enhancing how brain cells connect to each other.

Recognizing that the diet used in these laboratory animals, being very pro-inflammatory, and very much mimicking what we are now seeing globally in humans, the author’s conclusion may have important implications for how we might offset the damaging effects of the Westernization of the global diet, as they stated:

To our knowledge, this study is the first to provide compelling evidence that the nutritional compound EGCG has the potential to ameliorate high-fat, high-fructose triggered learning and memory loss.

Further extending the implications of their research, Dr. Xuebo Liu, one of the study’s participants, was quoted in Science Daily stating:

Green tea is the second most consumed beverage in the world after water, and is grown in at least 30 countries…The ancient habit of drinking green tea may be a more acceptable alternative to medicine when it comes to combatting obesity, insulin resistance, and memory impairment.

Obesity, insulin resistance, and memory impairment, indeed. These issues are epidemic and pervasive. Their solution resides in raising global awareness as it relates to dietary choices. But what we’ve learned in this new research is that even if appropriate dietary choices are not engaged, simply consuming green tea may help to offset some of the detrimental implications of global dietary trends.