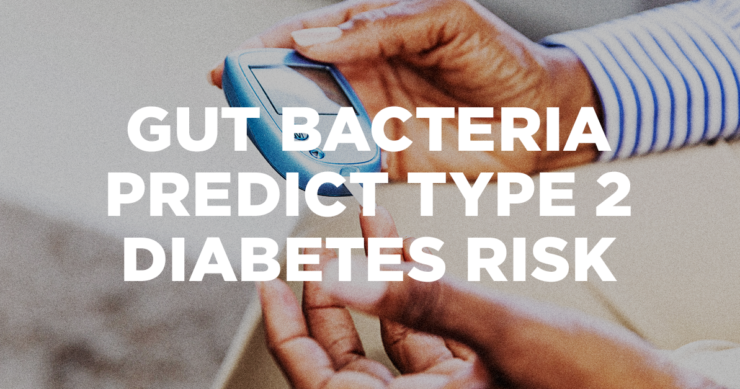 One of the important themes in my book Brain Maker had to do with the role of our gut bacteria in metabolism. In the book, I reviewed the research that related changes in the gut bacteria to risk for diabetes, and beyond that, there were even the beginnings of research looking at how therapeutically changing the gut bacteria could bring about better blood sugar control in diabetic patients. Over the years since that book was published, there has been an ever increasing amount of research solidifying our understanding of this important relationship.

In an interesting new study researchers evaluated the gut microbiome in 53,970 individuals. Specifically, they looked at the various metabolic products that the gut bacteria create. And to be even more specific, they actually looked at the messenger RNA that was activated and went on to produce these metabolic products. Let me simplify. Rather than just looking at the various types of bacteria, they looked at a marker of what the bacteria were doing. They then went on to correlate these findings to problems controlling blood sugar as a risk marker for the development of type 2 diabetes. The hope was that they could identify individuals who were at risk for blood sugar problems prior to the development of type 2 diabetes. Next, they used a process called machine learning with the hopes of being able to distinguish the patterns of bacterial product formation to determine which diabetic patients would respond well to a drug called metformin, a commonly prescribed diabetes drug, in comparison to those who might not respond as favorably.

The report begins by noting that type 2 diabetes is the most prevalent endocrine disease worldwide, affecting some 400 million people. Further, they indicate that this number is expected to rise to an astounding 700 million by the year 2025. They describe various complications of type 2 diabetes including heart disease, stroke, renal disease, blindness, and limb amputation, and I will add to that list Alzheimer’s disease as well.

They proceeded to describe what differentiates their study from others and called to our attention previous genomics studies that correlated changes in the gut bacteria to risk for developing type 2 diabetes. But again, as I described above, the metatranscriptomic technique that they used, basically meaning looking at the products created by the bacteria, is novel.

I am very impressed by the findings of this report. Because of the richness of their data, they were able to develop a type 2 diabetes risk model that was able to distinguish individuals who had problems regulating blood sugar from those with normal blood sugar metabolism. That means their data allow them to identify individuals at risk for actually developing type 2 diabetes. And the fact that these researchers looked at data from more than 53,000 individuals adds to its validation.

Interestingly, some of the mechanisms they described included how the various types of bacteria more highly represented in those at risk for type 2 diabetes tended to favor things like increased inflammation, problems with lipid metabolism, and even increased oxidative stress, meaning action of free radicals. They did note higher levels of what are called short chain fatty acids in individuals who were determined to be healthy. Short chain fatty acids are manufactured by good gut bacteria.

It is noted that this was a study performed under the guidance and with support of a company called Viome. Viome has been a leader in exploring the relationships and implications of our gut bacteria to health or disease outcome.

This is extremely exciting research especially from the perspective of empowering individuals to make changes. The array of our gut bacteria and their metabolic products are not fixed or static. Our lifestyle choices have a huge role to play in terms of what our gut bacteria can do. As such, as we’ve learned in this study, we have the opportunity to reduce our risk, in this case of type 2 diabetes. We certainly will await further developments in this area. How exciting it is that the health, diversity, and metabolic products of gut bacteria are now getting the attention they deserve.

The Microbiome and Cancer
How Our Gut Bugs Influence our Memory
Fructose, a “Safer Sugar”?