Gut Bacteria and Their Role in Depression - David Perlmutter, MD

Gut Bacteria and Their Role in Depression 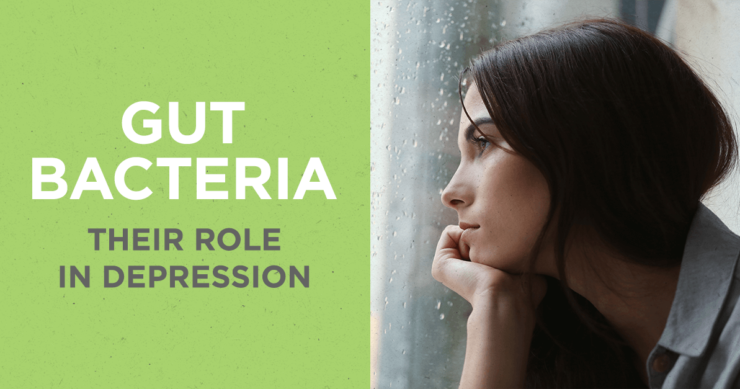 December of 2019 marks the publication of a new medical textbook, The Microbiome and the Brain (CRC Press). The text features chapters focused on a number of important topics, among them the role of gut bacteria in a variety of medical conditions including autism, multiple sclerosis and Alzheimer’s disease. The common theme throughout the book, as one would surmise from the title, is the relationship between the gut and brain health. The chapters have been written by some of the most well respected researchers and clinicians from around the world, and I am honored to be the editor-in-chief of this important contribution.

In a recent study published in the journal Nature Microbiology, researchers in Belgium surveyed the gut microbiome in 1,054 individuals and set about correlating their findings with measurements of both quality of life indicators as well as depression status in the participants.

The correlations revealed by the study are quite interesting. The researchers found, for example, that those with lower levels of a specific organism, Bacteriodes enterotype 2, displayed lower measurements of quality of life as well as higher prevalence of depression. Higher quality of life indicators were consistently correlated with higher levels of two types of organisms, Faecalibacterium and Coprococcus. Interestingly, these are organisms that are known to produce the short chain fatty acid butyrate and are known to be associated with reduced inflammation as well.

The researchers then went further and evaluated the genetics that underlie how specific organisms manufacture neurochemicals which are suspected of playing a role in regulating mood in humans. Their results were fascinating. Correlations between these pathways, including those involved in the neurotransmitters dopamine and GABA, were described.

While we don’t yet have the ability to draw conclusions regarding the role of specific bacteria in regulating mood, these findings indicate that we are at least on the right trail. One important takeaway is the relationship between lower levels of bacteria that reduce inflammation and depression, as we now recognize that depression is fundamentally an inflammatory disorder.

What is actionable in all of this is that our food choices are highly influential in modulating the complexion of our gut bacteria and, as such, offer us a tool that may have important implications as it relates to conditions like depression. You can learn more about the specifics of food and depression in another blog post on our site from Austin Perlmutter, MD.