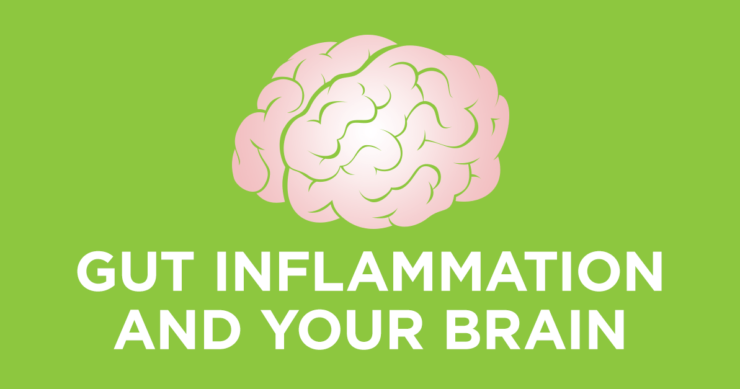 The fundamental mechanism that underlies such seemingly disparate issues as autism, Alzheimer’s disease, Parkinson’s disease, multiple sclerosis, and various other neurodegenerative conditions, is the process of inflammation. As you will note, this has been a central theme in my recent lectures, television programs, as well as books, as this is what current science is strongly supporting.

But it now looks as if this process, inflammation, may actually begin in the gut and subsequently affect the brain as a downstream mechanism. In a submission to the Journal of Neuroinflammation, researchers at Cedars-Sinai Medical Center in Los Angeles reported on a fascinating experiment.

Using a laboratory mouse, they administered a chemical, dextran sodium sulfate (DSS), into the drinking water of some of the animals. They then examined the brains of these animals at various times up to 26 days after the chemical was placed in the water. DSS specifically causes gut inflammation.

What the researchers discovered was, in fact, quite profound. First, they demonstrated dramatic evidence of gut inflammation following exposure to DSS; there was an increase in inflammatory cells in the intestinal lining.

What was more compelling, however, is what went on in the brains of these animals. The scientist found that there was first an increase in the chemical mediators of inflammation, IL-6 and IL-1 beta, followed by activation of the brains inflammatory cells called microglia.

Even more compelling was what they found in the animals’ brain memory center. This area of the brain, the hippocampus, plays a role not only in memory but also in regulation of mood. Normally, it is fairly straightforward to demonstrate persistent growth of new brain cells in the hippocampus in the mouse brain (as it is in humans). However, when inflammation in the gut was brought on by administration of DSS, there was a dramatic reduction in the growth of new brain cells in the animals in which inflammation had been induced.

The implications of this study are breathtaking. Not only does it shed important light on the explanation as to why individuals with inflammatory bowel disease are frequently compromised with respect to cognitive function as well as mood, but it further extends our understanding of the pivotal role of gut related issues, in this case inflammation, as they relate to the brain.

It’s time that we begin looking in earnest outside of the brain for clues to our most pernicious brain maladies. By and large, researchers have come up fairly empty-handed when looking only at the brain in terms of trying to explain mechanistically what goes on in things like Alzheimer’s disease and Parkinson’s disease.

I admit that this is an animal study and that it is certainly inappropriate to extrapolate too aggressively from the results. Nonetheless, we are moving forward with a new concept of brain health and disease, and these researchers are to be praised for bringing us this valuable information.