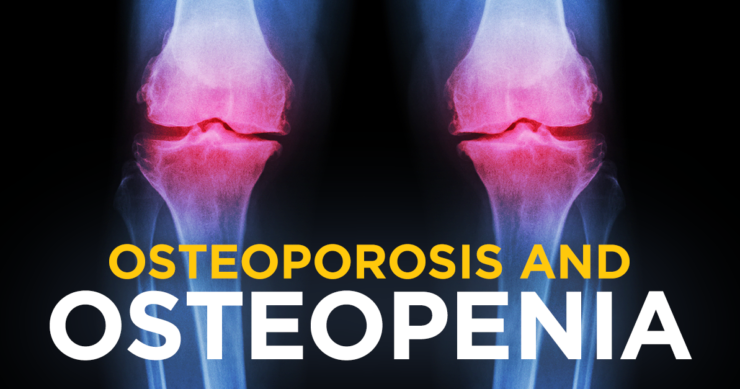 Osteoporosis and osteopenia (meaning low bone mass) are extremely common problems here in America. The National Osteoporosis Foundation recently released data indicating that approximately 54 million American adults, age 50 or older, are affected by these issues. Shockingly, this figure is expected to increase to approximately 71 million by the year 2030. Bone fractures, including those involving the hip or spine, will increase in lockstep as the bone health of Americans continues to decline.

By and large, the emphasis in mainstream medicine seems to be focused upon the development of new treatments for bone thinning. Just watching the evening news often provides information about one or more osteoporosis products that may enhance bone density.

In truth, the medicines offered up for folks with thinning bones are often only minimally effective and can be accompanied by unwanted side effects. But this is an area where preventive medicine really shines. It’s quite clear that there is a significant increased risk of bone thinning in smokers as well as individuals consuming excess alcohol. Exercise, specifically weight bearing exercise, has long been a recommendation of healthcare providers, and with good reason. Exercise has been shown to prove very effective in reducing risk for osteoporosis and even helping to improve bone density. Even taking regular long walks has been associated with improvement in bone density. Dietary calcium plays an important role in maintaining healthy bones as does having adequate amounts of vitamin D and K2.

But what I find even more intriguing is new research that relates to the regulation of bone health. In a new report just published in the journal Current Osteoporosis Reports, researchers at Michigan State University revealed a profound relationship between the health of the gut microbiome and bone metabolism. Their report demonstrates how alterations in gut microbes leads to increased inflammation, as well as enhanced gut permeability or leakiness. They described how consuming both prebiotics and probiotics enhances gut microbe health and paves the way for stabilization of inflammation and improved barrier integrity through favorable changes in the microbiome, and how this affects various metabolites made by our gut bacteria. They then showed how these metabolites go on to affect how are bodies maintain bone density.

One of the ways that prebiotic fiber is thought to enhance bone density is through increased production of what are called short chain fatty acids (SCFAs). When our probiotic bacteria use prebiotic fiber as a fuel source, they increase their production of these SCFAs. The SCFAs then increase the ability of gut lining to absorb calcium. In addition, short chain fatty acids are thought to lower the pH of the intestine, which makes calcium more soluble, and therefore more easily absorbed.

The researchers then go on to describe how using specific species of probiotics in animal models that basically do not have a microbiome, increases calcification of bone.

The authors conclude their report by stating:

There are many studies supporting a role for the gut and its microbiome in the regulation of bone density and health…We envision that modulation of the intestine-microbiome interaction to improve bone health will play an important role in human health and allow physicians to reduce the dependence on current pharmacological interventions for osteoporosis (which can have unwanted side effects).

How interesting it is that again we are seeing a direct relationship between inflammation as a consequence of disturbed balance of the microbes living in the gut, and yet another disease entity, in this case bone thinning. The net that is thrown is certainly wide in terms of what happens when the microbiome is disturbed. Nonetheless, let’s look at this glass as being half full as it looks like researchers like these are providing incredible that new insights into some of our most challenging disease processes by exploring the new frontier that is the microbiome.