Helping Protect Our Children’s Brain Function for Their Later Years

Helping Protect Our Children’s Brain Function for Their Later Years 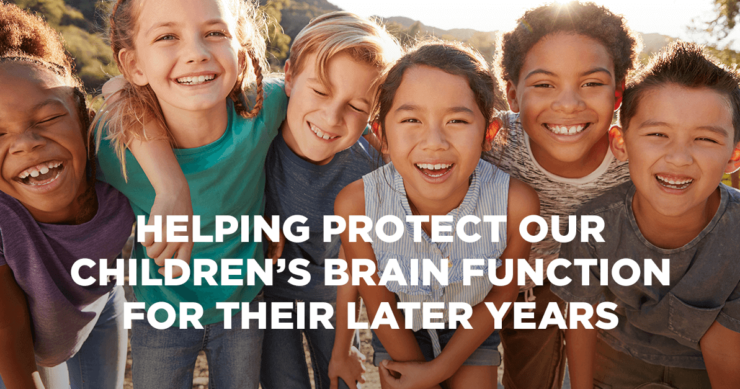 There are a number of factors that are clearly associated with risk of dementia, and specifically Alzheimer’s disease-related dementia. For example, there’s a dramatic increase in risk of developing Alzheimer’s disease in people who have been diagnosed with type two diabetes. Sedentarity, meaning lack of physical activity, is also associated with increased risk as are early life stress, head trauma, and low educational level.

Research has also demonstrated a relationship of Alzheimer’s risk to childhood socioeconomic status as well as school performance.

But an important missing link in these studies that demonstrate associations is an actual demonstration, not of the cognitive impairment, but of actual physical changes that take place in the brain that may then relate to decline in the brain’s function.

And this is the focus of a new study recently published in the Journal of the American Medical Association Neurology specialty journal. The researchers looked at indicators of early-life cognitive enrichment (ELCE) and compared these indicators to the development of actual dementia-related observable pathological changes in the brains of individuals after they had died. The researchers examined the brains of 824 decedents, of whom 813 had provided data that allowed the researchers to determine their level of ELCE. The participants were asked questions about a variety of early life markers to determine their level of ELCE. These included maternal and paternal educational levels; the number of children in the family; the availability of cognitive resources at 12 years of age including such things as an encyclopedia, a globe, or an atlas; and frequency of participation in things like reading, early life foreign language instruction, and other cognitively stimulating activities.

The brains of these individuals were examined to determine the presence of various markers that are known to be associated with Alzheimer’s disease like beta-amyloid and tau protein. In addition, cognitive tests were performed and these data, along with the pathology studies, were correlated with measurements of early life cognitive enhancement.

What the researchers found in this research was very informative. They found that in the 813 participants included in the analysis, average age 90 years and higher level of ELCE were associated with significantly reduced level of changes in the brain that are normally associated with Alzheimer’s disease. In addition, less cognitive decline was also noted in those who had higher ELCE scores.

These findings suggest that cognitive health in old age depends in part on cognitive development in early life… The association between early-life neurodevelopment and late-life neurodegeneration starts from the first decade of life in a sample size of 813 decedents… The present results suggest that intervention programs, such as Head Start, that target socially disadvantaged youths might not only boost early-life school performance but also enhance late-life cognitive resilience.

How important is this information! Generally, people begin to get concerned about cognitive decline when it actually begins happening, in our 50s and 60s or even later. But once again we are learning that what happens early in life sets the stage for events that will unfold decades later. While it’s not likely we will be around to observe the fruits of our labor as it relates to our children when they are in their 80s and 90s, nonetheless, it seems like doing the best we can to enrich their environments early in life will provide them a degree of safeguard as it relates to their cognitive function later on in their lives.