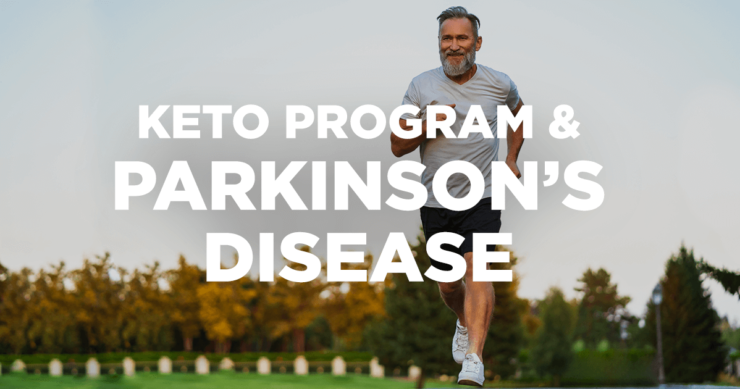 These days so much is being written about the health benefits of lifestyle and nutrition strategies that produce ketosis. Indeed, actually treating certain conditions is now a fair-game discussion because of the robust scientific support being generated from institutions around the world.

I have previously presented information detailing the therapeutic benefit of a ketogenic lifestyle for issues like diabetes (both types 1 and 2), dementia, metabolic syndrome, and obesity. To be sure, there’s some outstanding work being done that demonstrates the effectiveness of a ketogenic program in Parkinson’s disease (PD). And one of the pioneers in studying the ketogenic diet in PD is Dr. Matthew Phillips, a neurologist in New Zealand who we’ve previously featured on The Empowering Neurologist. More recently, I had the opportunity to co-author, along with Dr. Phillips, a book chapter focused on the use of a ketogenic diet as an actual therapeutic intervention for Parkinson’s disease.

And while we are now able to convincingly demonstrate that a ketogenic diet is helpful in Parkinson’s, it’s quite supportive that new research has appeared describing how this is happening. In other words, we now have a much better understanding of the mechanisms underlying the effectiveness of ketosis in PD.

Oxford researchers recently published a report entitled The Mechanisms by Which the Ketone Body D-β-Hydroxybutyrate May Improve the Multiple Cellular Pathologies of Parkinson’s Disease in the journal Frontiers in Nutrition.

The scientists begin their paper by describing how current standard of care therapy for PD focuses on ameliorating symptoms of the disease and fails to address the underlying problem which is the loss of what are called dopaminergic neurons in the brain. These are specific cells that manufacture the neurotransmitter dopamine in the motor system of the brain. As these cells disappear as a consequence of PD, there is less dopamine available and this produces the classic symptoms of the disease. Current therapy is designed to either replace the dopamine or create drugs that mimic dopamine’s activity in the brain. And while these medications have been game changers in terms of restoring functionality to the PD patient, albeit temporarily, again, they fail to address the underlying pathology. Basically, this is an example of focusing on the smoke while ignoring the fire.

The title of the paper reveals that the researchers focused specifically on the role of a unique chemical, D-β-Hydroxybutyrate. And while the name sounds compelling, D-β-Hydroxybutyrate is simply a type of ketone that is produced by ketogenic strategies like caloric restriction or a ketogenic diet.

D-β-Hydroxybutyrate has several important actions in the brain that are fundamental in terms of PD and brain degeneration in general. First, it serves as a powerful substrate for energy production in the mitochondria of brain cells. The failure of mitochondria to produce adequate energy in the specific brain cells that make dopamine is central to the degeneration in PD. So providing this resource to support energy production gets to the very core of the disease.

Second, D-β-Hydroxybutyrate acts as what is called a signaling molecule. This means that it actually modulates cellular metabolism and even regulates gene expression. The downstream activity of these actions helps limit the damaging effects of oxidative stress as well as inflammation, both of which are well described as being increased in the Parkinson’s brain.

We are so appreciative of the research being published these days that finally explores not just the management of the symptoms of a condition but its actual cause. And targeting the underlying mechanisms related to Parkinson’s disease, in this case by increasing ketones, offers patients a powerful new tool to address their malady. D-β-Hydroxybutyrate is produced in the body during ketosis. To learn more about implementing the ketogenic diet, visit the focus area we have created here.