How Late Is Too Late, and Too Close to Bed, for Coffee?

How Late is Too Late for Coffee? 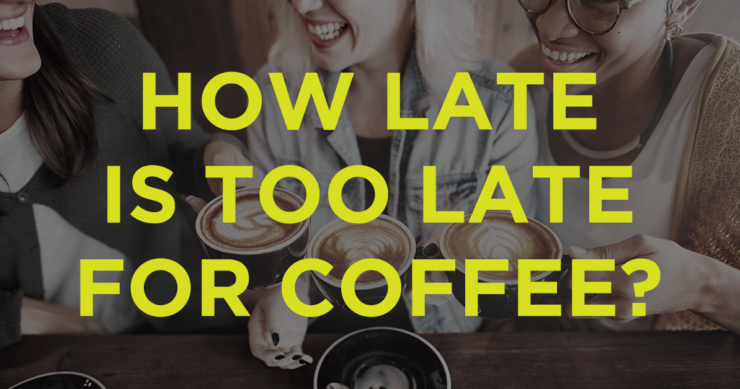 I, like many of you, have often wondered about the notion of drinking a cup of coffee after the evening meal. People often say things like, “I can’t drink coffee after 4PM or I won’t be able to sleep,” and this seems to make sense. Others, like myself, can enjoy a coffee after dinner seemingly without any consequences, as far as sleep is concerned.

To help shed some light on this issue, researchers publishing in the Journal of Clinical Sleep Medicine recently reported the results of study in which individuals consumed 400mg of caffeine 0, 3, or 6 hours prior to their normal bedtime. These folks were compared to a similar group of people who received a placebo. Sleep was measured by self-reporting as well as through the use of a portable sleep monitor.

The results showed that even when caffeine was consumed 6 hours before bedtime, there was a remarkable disruption of sleep. This was found to be associated with an average loss of sleep of 41 minutes as well as doubling the time it took these subjects to fall asleep.

On the other hand, compared to placebo, caffeine consumption 6 hours prior to bedtime did not seem to affect the amount of wakefulness during the sleep period or the actual quality of sleep. Consuming caffeine 3 hours before bedtime, however, was clearly associated with disruption in the quality of sleep.

Overall, the researchers of this small study of 12 individuals concluded that caffeine consumption at this dosage, and at these times prior to sleep, is significantly disruptive of this important and restorative bodily function.

My take on this report is that for those of us who might drink a coffee late in the day and don’t think much of it, the research would argue that there may indeed be consequences that are not readily apparent that could be harmful in the long run.

So maybe decaf will turn out to be the best choice after dinner.