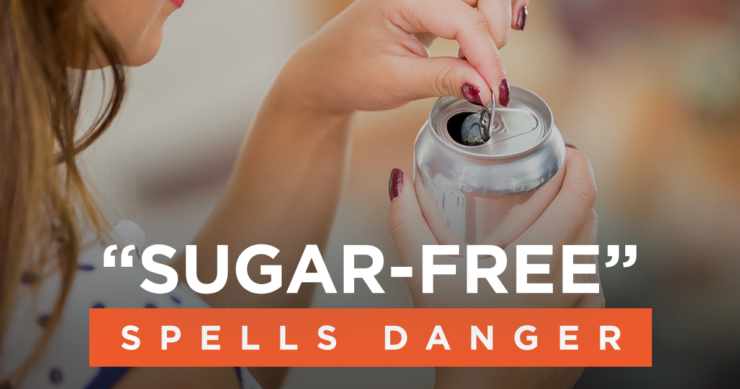 Diet books, as a category, are among the most popular titles sold in bookstores, and with good reason. With soaring rates of obesity, type 2 diabetes, and other chronic conditions, and an overall lack of any meaningful “medical” fixes for these issues, consumers are desperately seeking out other venues that may provide answers and actionable information to combat these common maladies.

But whether a nutritionally-themed book is focused on blood type, targeting gene expression, lengthening telomeres, or even going gluten-free, one central theme that has emerged with widespread commonality is the importance of reducing sugar.

Despite criticism early on, well-respected, published research now recognizes dietary sugar for the villain that it is. As Gary Taubes, co-founder of the Nutrition Science Institute recently stated in the The New York Times:

I am a fierce critic of sugar and believe that it, in fact, may have prematurely killed more people than tobacco. The disorders for which it is the prime suspect – obesity and Type 2 diabetes – in turn elevate our risk for virtually every major chronic disease, from heart disease to cancer and Alzheimer’s.

The negative sentiment towards sugar has not gone unnoticed by food manufacturers, producing a bumper crop of food products now “enhanced” with artificial sweeteners. After all, if sugar is so bad, artificially sweetened foods and beverages should be an easy sell…and they are. These products are soaring on the backs of research studies that hammer on sugar. After all, if sugar leads to weight gain, then why not drink sugar-free beverages that have absolutely no calories? Surely that should help with weight loss, or at least one would think so.

But that’s not what the science is telling us. In fact, over the past several years, researchers across the globe have shown that consuming foods containing artificial sweeteners dramatically increases risk for both obesity AND diabetes!

As an example, Canadian researchers, publishing in the journal PLoS ONE, followed close to 1,500 adults for an average of 10 years. They measured a variety of health markers, including weight, body mass index, and abdominal obesity, and followed the participant’s diets, paying particular attention to their use, or non-use, of artificial sweeteners.

The study’s findings were remarkable. In comparing those who used artificial sweeteners to those who did not, users showed a 53% higher incidence of abdominal obesity, a 2.6 cm larger waist circumference, and a fairly dramatic increase in body mass index.

At first, these results, and the results of similar studies, seem totally counterintuitive. But mechanistically, when considering the damaging effects that artificial sweeteners have on our gut bacteria, this all begins to make perfect sense.

The authors of the Canadian study stated that artificial sweeteners contribute:

…to weight gain and worsening glucose tolerance by inducing dysbiosis and altering the composition and function of intestinal microbiota. The altered microbiota exhibit enhanced energy harvest pathways previously associated with obesity in mice and humans.

So, yes, do your best to eliminate sugar. But don’t replace it with artificial sweeteners. Your 100 trillion microbial friends living in your intestines won’t be happy with this choice and you may well pave the way for the very health conditions you’re trying to avoid.